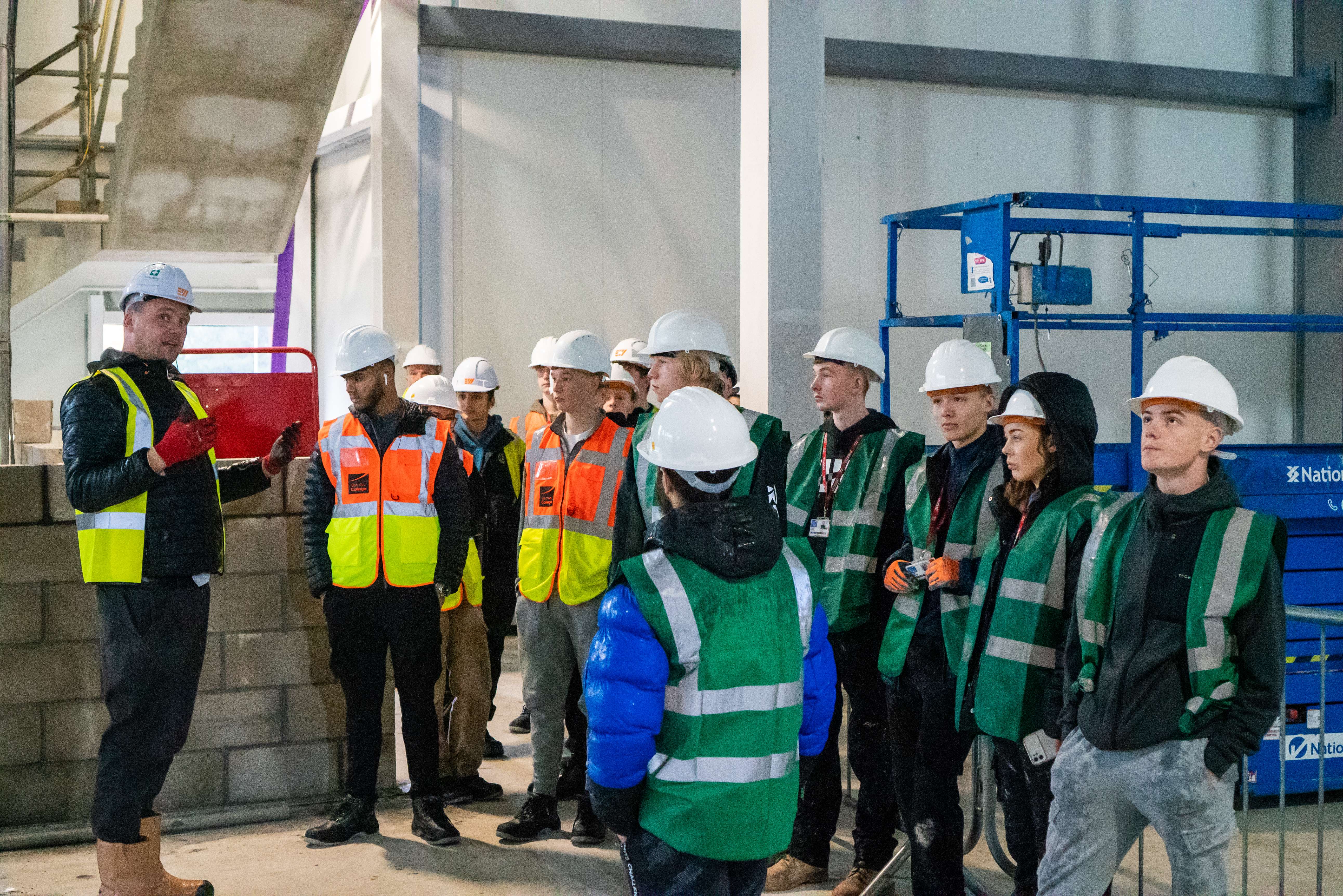 Young people in Burnley are shaping the development of the £23 million Pioneer Place retail and leisure scheme, which is due to open in autumn 2023.

The huge project is being built by Burnley Council’s development partner Maple Grove Developments, part of the Eric Wright Group. It will include a seven-screen REEL cinema, five retail and leisure units and a 226-space carpark.

And the group have shown their commitment to young people by recruiting Themis apprentices and offering valuable work experience opportunities, working closely with Burnley College students to allow learners regular access on-site to gain knowledge about how developments of this size progress.

Iqra Shafqat, 17, is currently on a work experience placement to learn about site management. She is studying Advanced Level Construction and the Built Environment at Burnley College Sixth Form Centre. She initially thought she wanted to go into architecture, but enjoyed working on large projects and the organisation that goes into them. She works with Eric Wright on the Pioneer site one a day a week and the other days are at college.

“I’m the first in my family to go into site management, several are in medicine or law. As a young female in construction I’ve not faced any preconceptions about going into what may be seen as a male-dominated role. It’s been a really positive experience. I was initially working with the Eric Wright Group for 45 days, but three weeks into the role they’ve asked me to stay on until Pioneer Place is built, so I’m really pleased,” Iqra said.

The second apprentice taken on by the Eric Wright Group is Thomas Astley, 17, who is an apprentice joiner. Thomas trains at Themis at Burnley College one day a week, then spends four days at Pioneer Place gaining valuable skills and experience.

“I’m also staying on until the end of the project – big projects are what I want to work on. In fact, my grandad is a joiner and at some point during the build he will come on site to carry out work, so it’ll be good to work together. I’m hard working and determined, and competition was tough to get an apprenticeship, but I managed it and I’ve made my family proud,” Thomas explained.

Corporate social responsibility is at the forefront of culture and policy at the Eric Wright Group. It recognises the social and environmental implication of its activities and takes responsible action to ensure staff and the local communities in which they work are considered and supported.

One way in which the Eric Wright Group does this is through its partnership with Burnley College. Students across several courses have had the privilege of going on site to see progress and ways of working, with more planned visits as the work reaches each stage.

In October, students on vocational and T-Level construction programmes were taken round the site by Peter Harrison, project manager for Pioneer Place. The visit enables students to put health and safety into context, see the various boarding techniques used, as well as get a closer look at the steelwork and subfloor.

“It’s really important for us to work with young people and the local community in Burnley as this project is important to them and getting outside of a classroom to see real-life examples of projects of this size is fantastic experience,” Peter said.

“It’s been great working with Burnley College and the students, and we have several more visits arranged for those studying subjects including joinery and tiling. Along with our partners, such as Smith Love Planning Consultants, AEW Architects and Booth King Structural Engineers, we’ve also gone into college to present on topics such as the role of planning in shaping the design and the survey work and site preparation.

“It’s important to the Eric Wright Group to give something back and to leave a lasting positive impression as a company, so local communities feel empowered and part of the project. We’re also working with the food bank initiative led by Burnley FC in the Community, which has been a great partnership too.”

David Lord, head of Burnley College’s Centre for Construction and Future Technologies, said: “Many thanks to the Eric Wright Group for facilitating this great learning experience for our students. We pride ourselves on offering industry-focussed opportunities for all students and the chance to see their learning come to life on such a prestigious project was invaluable.”

It is estimated the construction of Pioneer Place will support around 180 jobs, with a further 100-plus new jobs being created in the cinema and supporting food outlets.

Councillor Mark Townsend, Burnley Council’s executive member for economy and growth, said: “It’s fantastic that young people are getting this opportunity to learn new skills on an active building site and help create this exciting new development. When they go to the cinema they can tell their friends ‘I helped build this.’ How great is that!”

100% of the shareholding in The Eric Wright Group is owned by The Eric Wright Trust, a charitable body that was established on principals of sustained employment and community regeneration. It achieves this through the reinvestment of time, money and resources.

Pioneer Place forms part of a wider town centre masterplan to attract millions of pounds of investment into boosting Burnley town centre. It follows recent investment in improvements to the town centre, the creation of a Heritage Action Zone, and the council’s purchase of Charter Walk shopping centre to help secure its future. 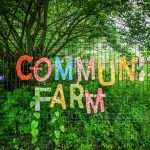 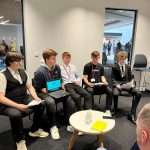