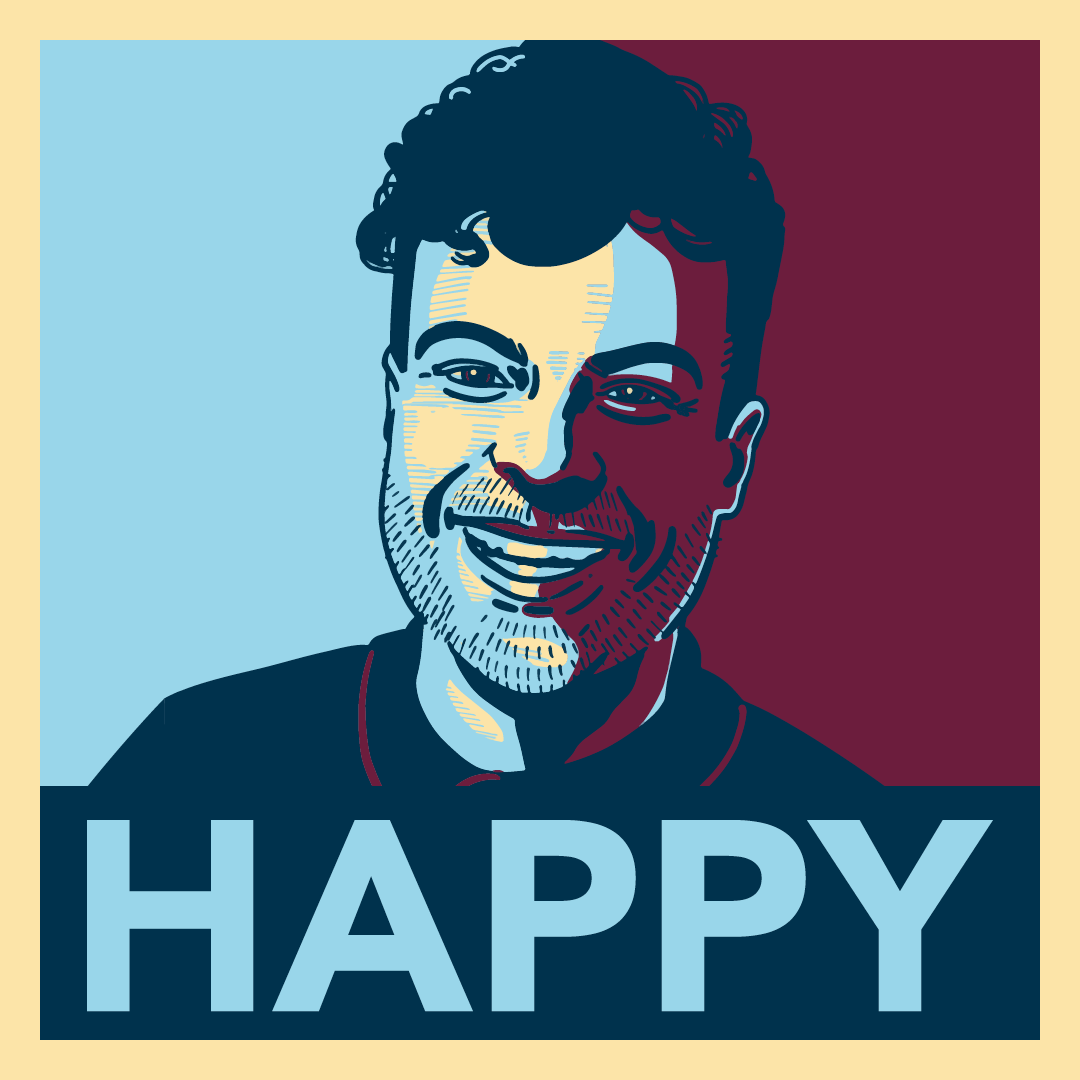 Hi Jordan, firstly a huge congratulations on being runner up on I’m a Celeb. The whole town has been behind you, I just wanted to first read you some of the comments from burnley.co.uk and burnley.social followers:

“You are a champ young man. You did yourself and your town proud and brought a great deal of excitement and enjoyment.”

“Well done Jordan. You were a breath of fresh air, showing the warmth of character we all know comes from being a northerner.”

That is lovely to hear that, it’s very humbling. You feel like you don’t deserve such kind words. Before I went in, I said to my family on our WhatsApp group “as long as I’ve done you proud that’s all that matters.” But when people from the town are saying they’re proud of you, forget what other people are saying, that’s all that matters. It really does mean a lot and it means a lot to my family as well. So thank you, I’m a proud Burnley lad.

How does it feel to have become runner up on I’m a Celeb?

It still hasn’t sunk in yet, I thought it might have done after a few days but it hasn’t. I’m still trying to get my head around it all. My phone hasn’t stopped! I’m excited for the future. Never in a million years did I think I’d get to the final, never mind come runner up.

You were tipped to get to the final from day one.

I don’t know why, it’s no secret I was the least well-known celebrity going in there. You’ve got the likes of Shane Ritchie, Vernon Kay, Beverley Callard, these big big names. I didn’t think I was going to win. I’m still trying to get my head around it all.

People could relate to you. You were open and honest.

It’s a big buzz word for me is being relatable. It’s not about the big clubs you go to in London or your little media bubble.

How does living in London compare to Burnley?

Do you know what, I love living in London now, it takes a good six months to a year to get used to it as it’s a different world. I try to get home as much as I can. It’s also a myth that people aren’t friendly down here. Where I live in North London, I know the guys in the local Indian restaurant, I know people in the pub and the landlady. I speak to the groundsman who works here. But I do love going back home. It’s the best of both worlds, the peace and tranquillity of Lancashire and the buzz of London.

One thing I miss the most and you can ask any Northern this, but the water here is crap. Honestly, I can’t drink the water here. When you shower it gives you dry skin. First thing I do when I get up north is pour myself a glass of water!

What are your favourite memories from living in Burnley?

A lot of people have questioned my “authenticity” of being from Burnley. My dad was in the army so we moved around a lot, all my family live in Burnley, wherever we lived, whether in Northern Ireland or Germany, we would stay at my grandma’s in Burnley during the summer. I lived in Harle Syke for a bit and went to St James’s Primary.

Some of my favourite memories are going to Thompson Park to play in the paddling pool. My grandparents used to take us there. Also, memories of going to The Turf and watching The Clarets play (some memories are better than others!). And just going in Smacks and having a great night – it’s a proper good club, and all the other places in Burnley.

I associate it with visiting friends and families. And also going up Pendle Hill. You will never ever get bored of that view and also having a pint at the bottom of it.

This leads on nicely to the next question, because we were going to ask you to describe your ideal night out in Burnley (and you’d get extra points if it includes Smacks, of course!)

Oh well there you go then! I used to love a Sunday afternoon going into The Miners and 110 Club as it’s where my gran goes on a Sunday. I’d probably start off in The Miners, because you know, it’s cheap, couple of Bene Bombs [a mix of energy drink and Benedictine, which The Miners is the biggest consumer of!] in there. I don’t mind where I go in town, I’d go anywhere. We’d always end the night in Smacks.

I can’t wait for all this [COVID-19 situation] to be over so I can go out with my brothers and cousins and my sister-in-law and have a proper good night. Last time I was in Smacks was last season’s end of year Burnley FC players’ party, there was me and Ben Mee and a few others. Never in a million years did I think I’d be dancing to some old Indie tune with the Burnley captain.

Aside from Turf Moor, where else is your happy place in Burnley?

Going round to my grandma’s, I won’t tell you where she lives, or she’d go mad! As soon as I go round, she asks if I’m hungry, two milk roll butties and a Club or a Rocky and a cup of tea. Having a kick about with my brother and nephews is another happy place, as is going up Pendle Hill.

Also going for a Guinness in The Talbot before Turf Moor. It’s not the actual game itself (although it helps if The Clarets win!) but it’s the day itself. Getting the train up on a Saturday and meeting my cousins and brothers in the pub at 12pm and going home to have corned beef hash for my tea. My grandma meets us in the pub an hour before the match and brings us an Oddies.

It’s a great day and if we’ve won and you’ve got to get that train back down to London, it’s great.

What are your favourite businesses in our town?

Oddies, I really really miss an Oddies. Sometimes my grandma sends me back down with an Oddies hamper if you will. We’ve got to give Haffner’s a shout as they do a great pie and I pop in there when I’m in town. And I have to say The Miners Club, it’s a big part of town. Russell Watson was in I’m a Celeb and he told me he used to perform upstairs at The Miners before he hit the big time.

I’d probably go for Park View chippy too! Oh, and the club shop [The Clarets Store], every time I go to Burnley, I have to go to the club shop and the fella who sells badges outside on match day.

Speaking of the club shop, we have to talk about the #happyplacehappyplaceturfmoor t-shirts. How does it feel unknowingly raising so much money for charity?

When I first got told about it by Ant and Dec and the producers of the show and they said over £20,000 had been raised, I just started crying and thought this isn’t real. The fact that they mentioned Pendleside Hospice, it’s such a small charity and we all know the great work they do. It’s a charity close to my heart as they looked after my Aunty Susan and Uncle Gwyn before they died.

The fact that people have bought these t-shirts, some of whom have never been to Burnley. For #happyplacehappyplaceturfmoor to turn into a thing and raise money for Pendleside Hospice and Community Kitchen, it feels like some proper good has come out of me doing the show.

So, what challenge have you set yourself next?

I got in a lift yesterday for the first time! I can get in glass lifts fine! My agent got me to take the lift down, it was the longest 30 seconds of my life, small steps! I’m going to get on a plane to New York next year, this show has given me a new lease of life. I’ve lived the past 30 years in this safe comfortable lane. I’m going to travel more and say yes to everything, I’ve turned down a lot of work because it was outside my comfort zone. If I can get in a vault full of vipers, I can do that.

I haven’t gotten over my fear of snakes, no!!!! Or enclosed spaces. But I’m getting there.

It’s been great talking to you Jordan. Any final words for burnley.co.uk and burnley.social followers?

I just want to say thank you to everyone who got behind me in the town. You guys have shown what a great, caring, compassionate and funny town it is. We can get a lot of stick, but we’ve proven we’re a tight-knit community and we’ve got a great football team. And all my love to my family to. I can’t wait to get back up north for Christmas, I’ll be there with bells on!

Tonight (Wednesday 16th) Jordan is doing a live Q&A session on his Instagram between 8-9pm where he will answer a host range of questions from people, including his time on I’m a Celeb. He’s asking people to donate to Pendleside Hospice if they wish to take part. See you there! 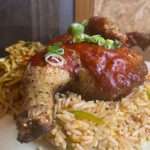 PREVIOUSLY:
5 unique Burnley takeaways – perfect for a safe night in! 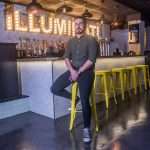 NEXT:
Made it in Burnley: James Gibb from Illuminati