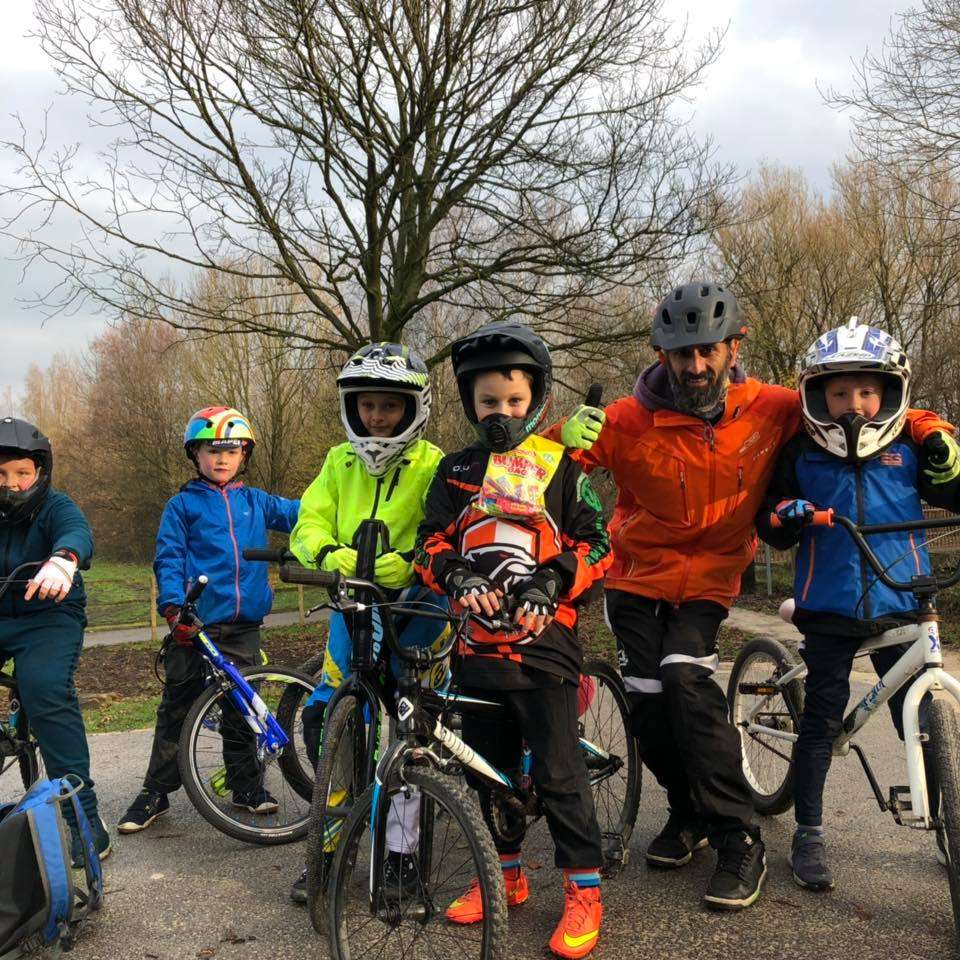 The smell of the pine woods, sound of a skylark and sight of an errant deer add to the adrenaline-filled excitement of mountain biking.

Historic Hurstwood high above Burnley – yet only a 10-minute drive from the town centre –  offers the exhilarating mix of woodland, moorland and wetland for thrill junkies to glide their machines around purpose-made tracks and bridleways.

Even under the cover of darkness on a freezing winter’s night trails of LED lumen lights can be seen streaking across the hidden horizon.

Mountain biking has been born again and Hurstwood attracts riders from far-flung areas around the North seven days a week, 12 months of the year.

The hurt and pain of climbing the hills and skidding the slopes is numbed by the elation of the moment. It’s an extreme sport enjoyed by young and old.

And for the young its becoming a sport that defines their character and bonds their friendships.

Take the Pendle Panthers. Formed only a handful of years ago in December 2015 and led by Manny (Manawar Bashah) and Andy McGhie the Panthers hit the Hurstwood trail on a regular basis.

A mix of girls and boys aged from six to 14 and now numbering around 50 the Panthers are regularly tested on eight to nine-mile sessions.

Manny, 49, who began riding almost at the same time he began walking, said: “We’ve come a long way in just three years and share our sessions between riding in Gisburn Forest and Hurstwood.

“And one of our girls who is from Burnley, Leah Tulloch – Lethal Leah as she is known to her pals! – is making a name for herself winning races around the region. Although she’s only 14 Leah is already attracting sponsors to progress her biking career.”

Manny, an engineer by trade, and a member of Cycle Sport Pendle which is supported by Colne’s Olympic gold medallist Stephen Burke, won a four-and-a-half year battle for his local council to provide a purpose-built BMX track for youngsters before launching the Panthers.

He said: “Cycling and especially being a member of the Panthers is a great way to make new friends from all sorts of social backgrounds. It certainly helps with community cohesion. It helps to forge the links that we need so much today.

“When kids join the Panthers they become and feel part of a community all on its own sharing thoughts and experiences that go way beyond mountain biking.”

And some of the best experiences they share are while riding around the Hurstwood tracks.

Manny said: “When you are up at Hurstwood you could be a million miles away from anywhere. The surrounds are so fabulous and traffic free. And for busy people every crank of the pedal gets rid of another little bit of stress.

“For the kids Hurstwood is a trail full of beauty and excitement. They can ride over the specially prepared tracks through the woods or on the bridleways heading over towards Gorple Moor and Hebden Bridge. It’s just fantastic.”

Anyone wishing to join the Pendle Panthers should find out the necessary information on their Facebook page.