From ‘Banksy’ to boots, art and design redefined

Whether he’s creating 10ft murals on the side of buildings or creating a £1,500 pair of football boots, Paul Jones loves designing. The Graffia owner caught up with Burnley Social recently to tell us what he thinks makes Burnley the best town in the UK.

1. Anything can be a canvas

Did you see the huge Sean Dyche mural on a building in Westgate? That was Paul. After passing the blank wall many a time, he decided he was going to paint something on it. So, at midnight one night, he did just that.

I wanted it to mean something. I couldn’t sleep the night before, because what if it ended up like a claret and blue Homer Simpson, and it doesn’t look anything like him at all? But it turned out really well, and we got it all done in about eight hours. When I got home it had hit about 4 million interactions or something.

Graffia have their own website where anyone can create a custom order. You can also purchase existing apparel with designs that the talented Paul and the Graffia team have made. Fancy creating your own product? So did Nike, which is why they got in touch with Paul as part of their ‘Strike Night’ campaign, which Sevilla FC’s Andre Silva won.

It was done in an underground, unused theatre in London and [Nike] flew in eight of the best strikers from around the world. There was a shooting competition and the winner won the custom boots that I’d made.

3. Burnley will always be king

Paul’s journey started when he enrolled at Burnley College, where he pursued an apprenticeship in art and design. He stayed at an Accrington-based design company with whom he trained with for twelve years, until he got the urge to work for himself and start his own company, Graffia.

There is loads of cool stuff happening in Burnley. Come over, give it a go, do your research. If you want to go to Manchester it’s only around the corner…. The opportunities you get in Burnley are better here. Your talent is going to be nurtured more and you’re going to shine. There’s a really good vibe about Burnley at the minute. 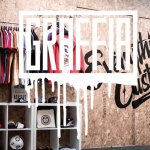 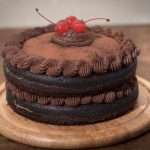 NEXT:
More than a cafe- why One Sixty is a place for creatives, artists and students.