For too long, people have thought our biggest musical export was Chumbawamba – you know the one: “I get knocked down, then I get up again, you’re never gonna get me down!”.

Well no more, we say! We’ve got talent coming out of our ears, particularly when it comes to our musicians.

You’ve probably heard us going on about local artists like Marcus Exhale, Matty Robinson and Deacon Brody, but we’ve got a much bigger scene than you might realise.

We caught up with Jake Dixon of High-Flying Magpies fame, as well as Joel McDuff and Dan Bell from Canvas, and asked them what they thought about the emerging artists in the area.

Jake, who is the frontman for the folk band Hiding Magpies said: “I think there is such a boom with musicians in Burnley because there is so much talent around here that is being nurtured”.

“There are so many great bands, and I don’t just mean cover bands – I mean artists who make original content too.”

“With the great programmes at the college, and with people who are willing to put time aside to help you grow as a professional, it’s no surprise that musically we’re doing so well.”

Joel and Dan, who are two-fifths of the band Canvas, were in agreement as to why they think we’re on the rise when it comes to music.

“More and more people are putting on events now, like Burnley Live and Padiham Community Festival – which we played,” says Joel. “Madge, who runs Remedy in town, has done so much for us and for other musicians in the area.”

“There has always been a scene in Burnley,” Dan added. “It plays such a big part in so many people’s lives.”

There is no shortage of inspiration for singers and songwriters either. Just look at Bacchus, whose track ‘Ashley Barnes’ inspired by (you guessed it) Claret’s very own striker turned into a media sensation overnight.

It isn’t just football players who are providing our lyricists with an endless supply of writing material. Jake reckons that Burnley itself is a muse for our young musicians.

“I think coming from a small industrial town in the North of England, people find they have something to say in their songs,” Jake tells us.

Just look at the incredible artists and musicians who are on the rise – both Marcus Exhale and bands Deacon Brody and Design Rewind have all been featured on BBC ‘Introducing’ artists.

“The best way I can describe Burnley to anyone not from here is just to brace yourself,” Jake says.

“I mean that in the most loving way possible. Every town has its ups and downs, but Burnley is on the up, especially when it comes to music. It’s worth investing your time to come and say hello.” 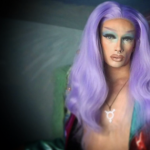 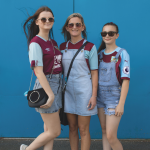 NEXT:
The Girl Fans of Burnley FC