Whenever Burnley Social speak to bands or musicians in Burnley there’s always one name that pops up time and time again –  Madge.

Madge Nawaz, owner of Remedy Bar, is Burnley born and bred and music, especially live music is his passion. Along with local journalist John Deehan, Madge has been responsible for organising live music events in Burnley for over 10 years such as Burnley Live and Bands in the Park.

He started DJ’ing and working in clubs and bars many years ago and, as you do he got to know a lot of like-minded people.

“I started organising events in Cliviger and things just kind of grew from there. I’d been to Bands in the Park when that was going about 15 years ago. You’d get 15,000 people turning up, and that’s the type of numbers John and myself want to achieve with the live events we put on.”

Drop the Beat is one of Madge’s successful creations initially starting life at the Bank Hall Miners Club in 2013. After two sold out events it moved to Towneley Park with over 1800 people dancing at the last one. Then Madge moved away from Drop the Beat to concentrate on live music events. But don’t worry – Drop the Beat is still going strong and is run by Craig Kennedy now, who helped Madge set it up in the first place. In 2017, Madge brought Bands in the Park back to life.

“I was doing the dance music thing with Drop the Beat, but I wanted to do events with live bands so that’s why I decided to bring Bands in the Park back to life. I got in touch with the guys who had run it initially for a bit of advice and just went for it. It’s grown steadily every year since. We had around 500 people the first year we did it, then 1500 and last year we got around 2500 and we’ll get more again this year.”

Madge and John’s dedication to putting on great live events in Burnley comes from their confidence and belief that Burnley deserves great events like these.

“We love Burnley and Burnley people” says John “and if you deliver something good, it’s appreciated and people will come, and not just from Burnley either. We’re passionate about Burnley. It’s a brilliant place with lots to offer and the people are friendly, know how to party and are always up for good time. We want everyone, including out of towners to come and see that too.”

John and Madge also think the increase in student numbers over the next few years will be good for Burnley’s nightlife too.

“If the night time economy and the businesses in the town work together to build a diverse nightlife with loads to offer, then the students are happy and it  attracts  those people who may have thought about going to Manchester or Preston or Blackburn to come here instead.”

Madge and John’s other great success was Burnley Live. The free event had bands and live PA’s, including DJ Aro and Marcus Exhale, playing on an outdoor stage throughout the day.  Madge said:

“We’ll be doing it again in 2020 at the hallowed Turf Moor, but want to make it bigger and better. There’s so much local talent we want to be able to showcase as many as we can. I think there’s been more of a buzz in town over the past year or so. There are more nights and events happening because people want it, and we want to drive that forward and not lose the momentum.”

And once you’ve met Madge and John you know if anyone can make sure things continue on the up for Burnley’s nightlife it’s these two Burnley lads.

For more of ‘what’s on’, check out our events guide. 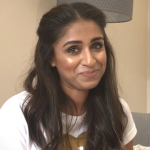 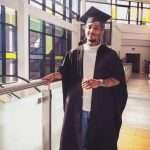