Iconic artist Aitor Throup talks about his life in Burnley 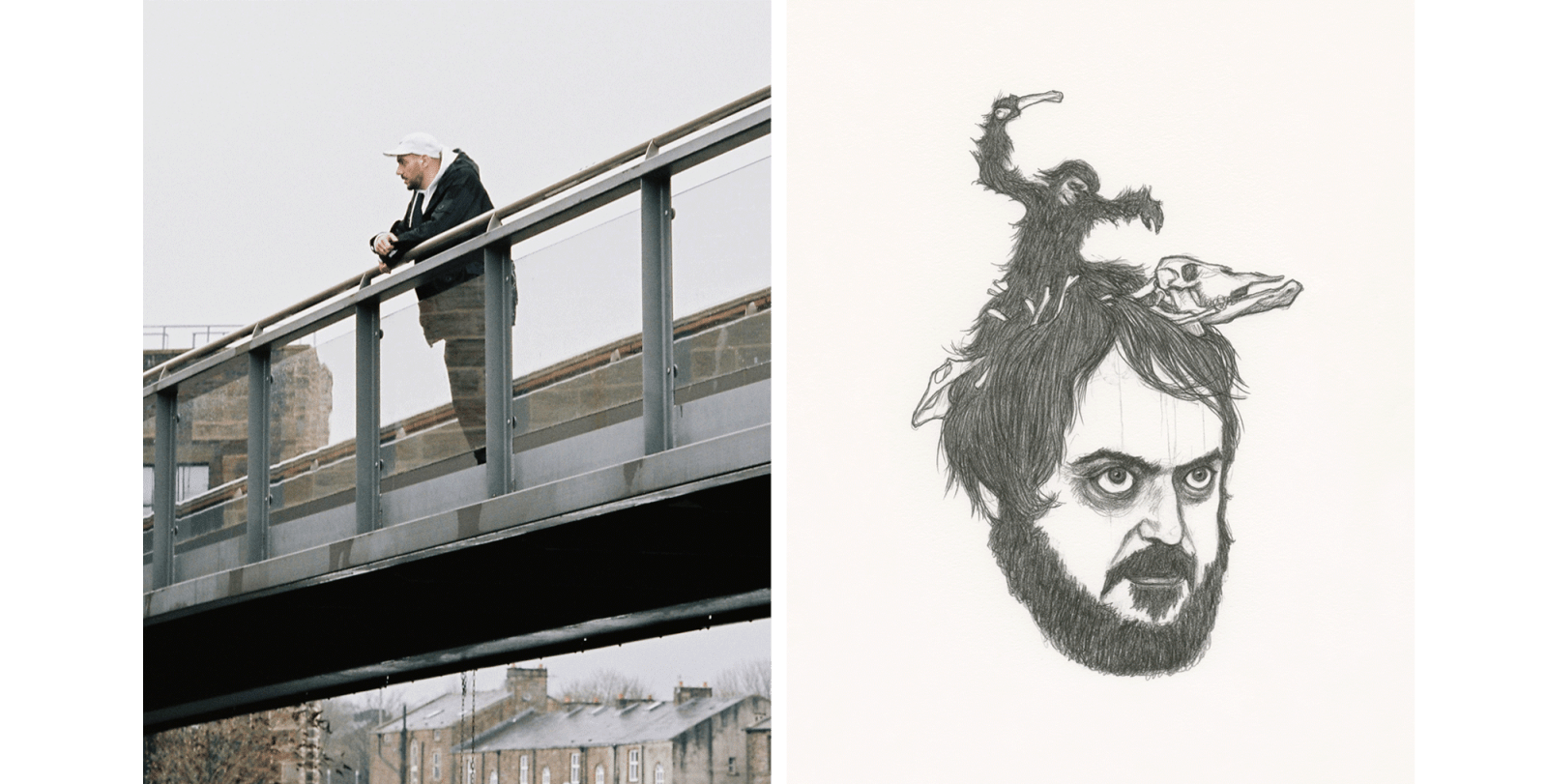 In 1992, a 12-year-old Aitor Throup moved with his family to our quirky little corner of East Lancashire.

With the move, came open space, opportunity and the energy of a passionate football culture. This helped pique an interest in avant-garde fashion, inspiring work like his Royal College of Art graduate collection, When Football Hooligans Become Hindu Gods.

In 2004 Throup left Burnley for London, where he started his eponymous A.T. Studio, then later continued to Amsterdam for G-STAR. His collections, few and far between, were quick to sell out. Despite a personal distaste for cyclical fashion, his work garnered continuous praise from the industry. He developed a meticulous design manifesto, adhering to its principles, all the while creating products that bordered on works of art.

Nearly 30 years after his first arrival in Burnley, Throup has forsaken prominent European cities and returned to the our up-and-coming yet historic town to create a cutting-edge studio in a storybook setting. This time the move is, by his own volition, a personal mission to break down left-brain boundaries and rediscover his inner-child—a persona with a love of drawing, toys and comic books that Throup credits for some of his most recognisable work, including his library of sketches, sculptural displays and transforming garments.

Let’s talk about Burnley in your formative years. You just arrived from Madrid

When I think back now, I think, wow, that was such a real contrast, but when I was in it, I really didn’t connect with feelings I had. I don’t remember it as a contrast between big, cosmopolitan Latin cities, and a small town in England. I remember things like the smell of the rain, the feeling of the wet grass and the wet dew. I remember the small houses. The Britishness, for me, was a positive contrast. I felt like I could be bigger than things. I could create. I still see Burnley like that. I see small towns as places of potential and possibility.

I’d recently turned 12 years old and, as someone who had just come from Madrid, I couldn’t speak English. I was the new boy. It was tough, man. I was bullied and picked on. It’s allowed me to understand the true nature of identity because, when you boil it down, the situation was about me being a minority in a place where everyone can identify with themselves through language, nationality, skin colour, even cultural nuances beyond language, behavioural patterns, etc.

I simply had to adapt and master those things to survive in that environment. I feel very much British. The reason why I think that’s important is because I feel like that formed my perspective and it allowed me to feel and to identify with Burnley, to identify with Britain, but also to identify with Argentina and Spain, and to realise you can identify with more than one country. We’re just human beings. We’re all the same.

Do you point to the opportunities and challenges of Burnley as helping to define your creativity?

It’s not as clear-cut as that, really. There were three activities that I did as a kid: draw, play with my toys and read comic books. These were all different versions of activating the same muscle, of using my imagination. Even when I played with toys—GI Joe or Star Wars figures or whatever—it had as much influence on my work as a designer as drawing. I had these little figures floating in the air, falling in slow motion, and I would be like the camera. These figures are falling beautifully and gracefully; I’m moving each limb and each joint like The Matrix, just dramatic and poetic and beautiful. I was creating worlds.

When I talk about my creativity in my childhood—it was that. I was in deep training for the work I do now. It’s not like I withdrew and became an artist to express myself because I was bullied. No. I was always drawing. I was always reading comic books and I was always playing with my toys. I still do. I love figures. Honestly, I think my products are like toys. I want them to transform. I want to take that accessory off and for it to become something else, and to do something that means something.

And there was the football aspect, being able to experience football so directly in this small town and being able to go to a football match— for the first time in my life—had a big impact on me. I remember being really fascinated by the uniform that these men were wearing.

I was seeing men in hoods with goggles before it was seen on the street like it is now. That was a weird thing. These wonderful jackets that changed colour and lit up like my toys—they were like comic book characters. I just loved that juxtaposition of these very macho men in very creatively expressive garments, almost like neon peacocks.

Do you have a specific memory of that scene?

My earliest memory that really gave me that feeling of inspiration or fascination was a [C.P Company] jacket. That effect is still there. Over the years, I analysed what that effect was and it was a fundamental part of football subculture and the football hooligan. That’s like the football casual holy grail. I’ve had that exact feeling twice before in my life: once in Argentina and once in Spain.

In Argentina, I was about six years old and I remember, so vividly, a kid coming into this hall wearing a Goofy hat. He’d just been to Disneyland or whatever, and I was obsessed with this hat. I thought it was the most beautiful object ever. It’s not even like I needed it. I was just happy that it existed. It moved me.

If you fast forward a few years to when Tim Burton did his first Batman movie. I remember watching it at the cinema in Madrid. There was that moment when Michael Keaton is in the Batcave, looking at the bat mask, and it’s an empty, hollow, three-dimensional representation of his face and his facial features: exaggerated pointy eyebrows integrated into this beautiful, rubber-molded object.

Was Burnley a push-back against the cycle of fashion being so fast these days?

That question makes me realise that my dislike of seasonal fashion, my move to Burnley and any aspect of my work are the things that are cementing a constant statement, which is to be true to myself. They’re all expressions of that same sentiment. I think we all suffer from being in a system or in a program that’s a result of standardisation. We end up stuck in this cycle. I think there’s a different version of us inside—the true self, the inner spirit, the inner child—and they’re just quietly away in there. The further you get from that truth, the more problems you have.

The term “disruptive” becomes relevant. If you feel like doing something disruptive, it’s really because you’re doing something that is right for you. Through that authenticity, you drive your own authenticity. It’s not like I’m moving back to Burnley because I don’t like fashion. It’s more like, I’m just being me.

What was the process when looking for the perfect studio?

It happened quite easily. This particular building came up and it’s like I had manifested it in my imagination. It’s the ideal place. I would say it’s the most iconic and beautiful building in Burnley and it represents its industrial heritage. It’s a Victorian building built in 1848. It’s called Slater Terrace.

The Industrial Revolution was basically initiated in the north of England. Burnley was the epicenter of cotton production. There’s a concentrated area of mills and warehouses in Burnley called the Weavers’ Triangle. You see these huge, big industrial chimneys and these beautiful brick buildings and stone brick mills—elegant, amazing pieces of architecture, absolutely timeless and representative of the working class, but also very forward-thinking for the time.

The most beautiful mill, Slater Terrace, has been completely re-developed. It was gutted out and cleaned up and it’s this open plan with huge units, with smaller units around the side, which were called terraced houses. So you see this huge Victorian building with a huge chimney coming out of it, but on one side, there’s a row of eleven terraced houses and on the other side, the building’s coming out of the canal. I’m looking at the water right now out my window: this canal is the Leeds to Liverpool canal, which is in itself an iconic part of the Burnley landscape.

It was just two huge spaces that were open plan, and I was a bit overwhelmed by it at first. I didn’t really know how I was going to figure it out. I had a few meetings with the owner of the building and he was really supportive and allowed me to redesign the architecture. We’ve been able to create this amazing space where you feel like you’re inside this historical, listed building but in a very modernist setting. The environment basically ensures a real fluid workflow between all of the different processes that we have within the studio.

Is it a big change from your London set-up?

I had a wonderful space in London. I also had a great landlord who’s also my friend, Hardy, who runs Maharishi. It was his old studio and he allowed me to also re-architecture the inside of it and paint everything white. I really enjoyed it, but I guess we outgrew it. The ideas outgrew it and we needed something not just bigger physically, but maybe, as you’re suggesting, bigger emotionally.

I think the height helps here. The main space when you come in is the double height with an original arched ceiling. It’s beautiful timeless engineering in itself. It’s just so inspiring every time you walk in. The physicality helps you emotionally. Compared to London, it’s quieter. It’s calmer. There are fewer distractions, and I think that we all feel much more focused. In London, I sometimes felt suffocated by the energy of other people.

Was the move jarring for your team?

This is the thing. When I left Amsterdam and I decided to come to Burnley—this doesn’t make any sense, either—I decided to start the team again. All of a sudden, I was alone for the first time in years. It was just me looking for a studio—which seems crazy now, but it allowed me to reapply my learnings to a new start and not be weighed down by certain things that I’d learned to do, in a better way, a more positive way.

I still get to dip my toe in the big city and other cities. I still travel. I have different reasons to travel, not just to London but also beyond. I think it’s a much healthier way to be able to experience those things. It is drastically different. I don’t miss it. I do think that towns like Burnley can become symbols of progress in this post-Brexit era. We can make things happen in small towns in Britain and that applies anywhere. 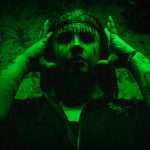 PREVIOUSLY:
Show us yer brains – Lottie May Taylor gives us a glimpse into the world of SFX 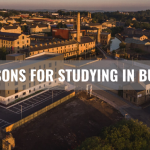 NEXT:
Here’s 10 reasons why you should study in Burnley