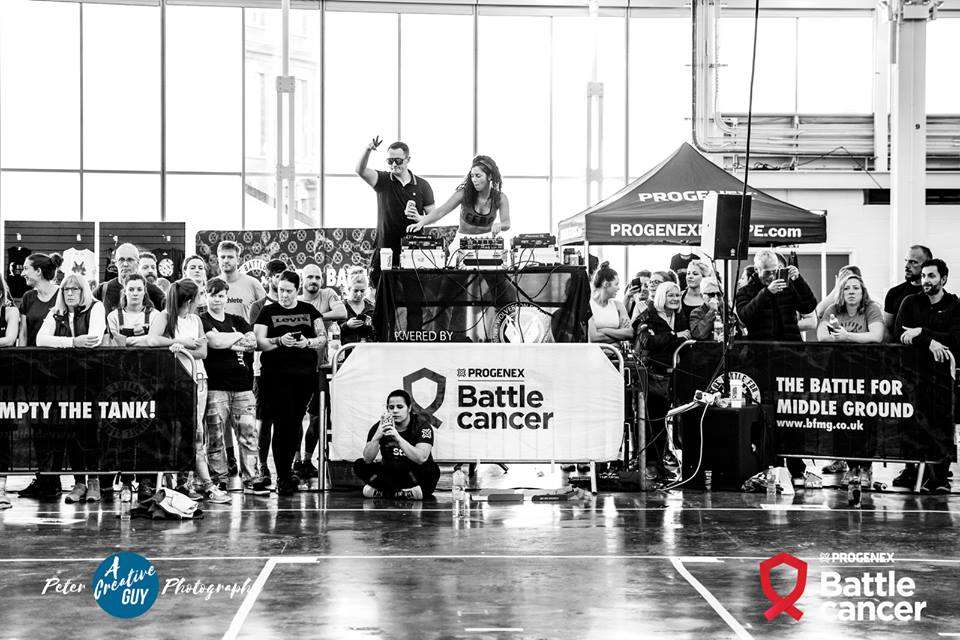 Scroll through Instagram and you’re bound to see loads of fitness posts. The influencer’s preferred style of training has surpassed more traditional training habits and two creatives from Burnley are getting ready to take it global this summer, with one aim; to Battle Cancer.

Pete Williams and DJ Nadia Lucy are two of the people involved in Battle Cancer, a not-for-profit fitness competition which started in Manchester in 2017. London was added to the bill for 2018 and this year, new events in Los Angeles, Dublin, Madrid and Berlin have been added to the global line-up.

Event co-founder, Pete Williams is from Burnley, went to Towneley High School and still lives in the town. He runs the event with friend and colleague, Scott Britton, and explained how the event came about:

“Scott and I worked together and both had functional fitness training in common as a hobby. Each of us have also witnessed the devastating day-to-day effects of cancer through a number of family members. We learnt that charities such as Macmillan need a scary amount of funding to keep functioning and after experiencing their care and support first-hand, we wanted to get our heads together and help to make a difference, somehow.”

By fusing together their experiences, passion to fundraise and love for training, Battle Cancer was born and is now the world’s only 100% non-profit, functional fitness event.

“We never had a plan for Battle Cancer, we just wanted to raise awareness and promote the message that functional fitness is a way to achieve a healthy lifestyle.”

To date, Battle Cancer events in Manchester and London have raised a staggering total of over £300,000 for various cancer charities – a little more than just the ‘awareness’ that Pete and Scott were aiming for.

Their efforts haven’t gone unnoticed. As well as recently being awarded a regional accolade from Macmillan, the co-founders were invited to attend Prince Charles’ 70thBirthday celebrations at Buckingham Palace last year after being put forward by the charity.

“Yeah, that was different! It’s not every day you get invited to the Palace all suited and booted, but it was nice to be asked and for Battle Cancer to be recognised on that scale.”

A key element to the success of the Battle Cancer events is the energy that circulates and inspires the participants, which is in part, due to the skills of Burnley DJ, Nadia Lucy.

Brought on board by Pete through a friend of a friend (which seems to be a common theme to all of the connections we’ve discovered in Burnley!)Nadia Lucy provided the soundtrack to the first Battle Cancer event in 2017 and has become a pivotal part of the line-up ever since.

Pete said:“At every event, the atmosphere is electric and it’s almost as though the competition element is a by-product of the day; everyone is just there to get stuck in and do they best they can. It’s about hard work, not skills or ability and Nadia always plays a major part in the event days to encourage our participants on, especially when it gets tough.”

“Battle Cancer is unlike any other event of its kind. It’s a place where professionals from the fitness world are training next to people who are going through or have beat cancer, or who have had family members affected by cancer, like us.”

The event has also attracted a number of fitness influencers including The Lean Machines(one of whom is the brother of the multi-talented Chapman family who include YouTube stars Pixiwooand Jim Chapman) 2013’s Fittest on Earth winner Sam Briggs, CrossFit athlete Zack George, Olympic Weightlifter Sonny Webster, and 2018’s Second Fittest Woman on Earth, Laura Horvaht.

Closer to home, the likes of Paul Jones from Graffia Studios (the chap behind THAT Sean Dyche graffiti mural) have supported the event by creating a pair of bespoke Battle Cancer Reebok Crossfit Nano 8 trainers.

“Burnley is a really diverse town with a creative and unique community – there’s so much more to it and the people in it, than others might think.” 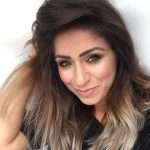 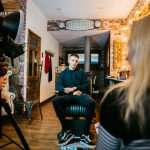 NEXT:
The Rise of Barbershops