Molly Cronshaw is completely redefining what it means to be a female DJ in the North West. At 24, the former Burnley College student is already playing her own shows in Manchester – not bad for a girl, eh?

Burnley has one of the best nightlife scenes in the North, hands down – no wonder we produce some amazing musicians and DJs.

“I got into DJing whilst I was studying at UCLan in 2017. I went to parties where my friends would be playing a set, and I’d just ask questions. Most of my social circle would put their own events on in clubs and the more I got involved, the more I wanted to be the one on the decks,” Molly told us.

“I was the only girl in my group at the time that wanted to DJ.”

With few female mixing artists for Molly to look up to, she took charge and began teaching herself the tricks of the trade. After some practice, Molly started going to the open decks events at the Royal Dyche every Tuesday. 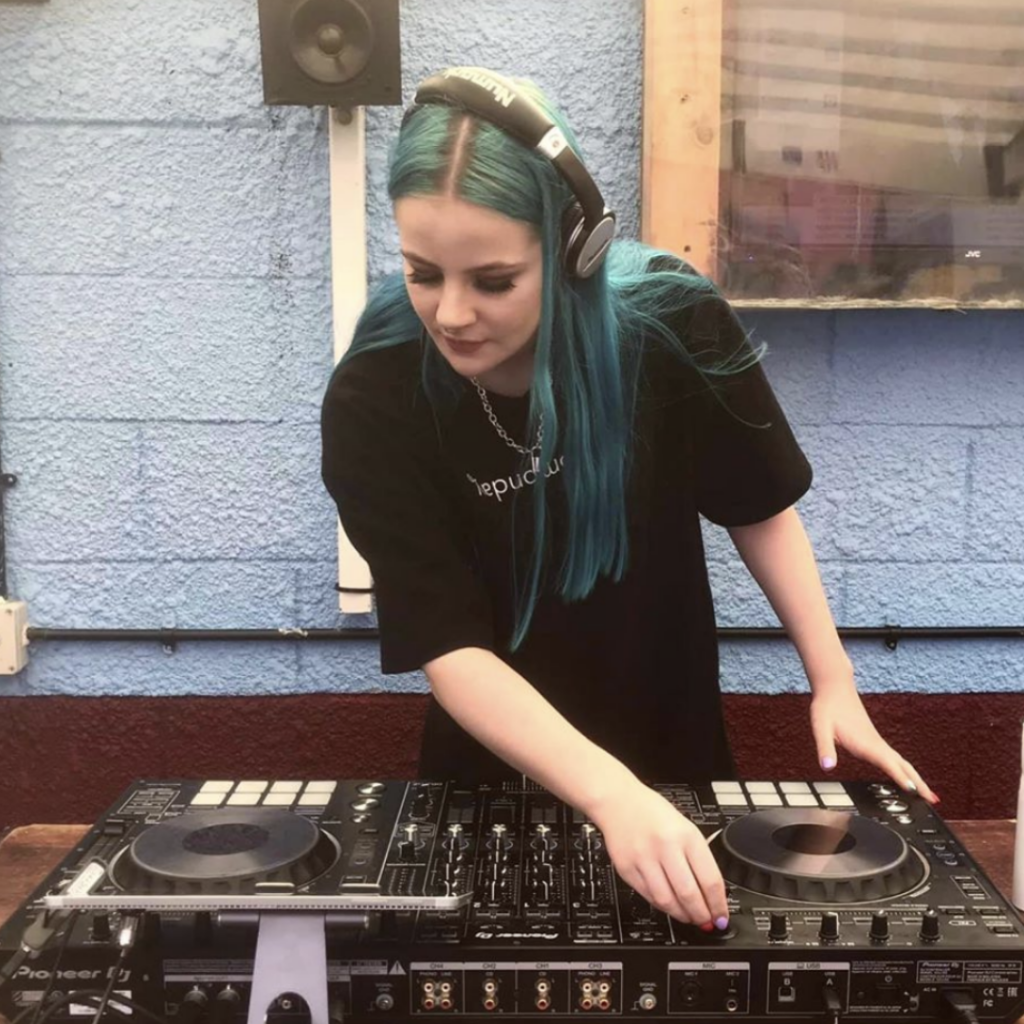 “Despite having no experience, I was playing sets most weekends. Having a platform to keep practicing and to find my own sound was essential to me. Now I’m playing shows in Manchester.”

It was in Manchester that Molly found the all-female DJ collective, Not Bad for a Girl – you can spot them by the bright pink balaclavas the members wear whilst performing (I’m guessing Primark doesn’t stock these in our size?).

“I hit a wall in 2019 where I wasn’t getting many bookings, but then I got a message from Martha who runs Not Bad for a Girl who asked if I wanted to get involved. I started playing with the group pretty much straight away and now our gang is inseparable.”

“People in the past have thought Not Bad for a Girl was only one person when actually, there’s seven of us! We all have our own style – mine is bassline and garage – so we don’t always play together.”

“Not Bad for a Girl is the best thing that could have happened to my music career. It’s hard when you’re an individual as you compare yourself to others, but being part of the collective means that I’ve got my own support system. We’re explicitly all about girl power.”

“There aren’t many women in the bassline scene at the moment. I was inspired a lot by Flava D when I first started out, and more recently I’ve been listening to artists from Off Me Nuts Records as they’ve got a proper Northern sound.”

And really, who can complain about a bangin’ Northern sound? It won’t be long until Molly Cronshaw is the inspiration for the next wave of DJs in town – we’d say she’s halfway there already.

“I’m now the one that is being asked questions, so I’m having a ‘full circle’ moment at the minute. It’s great that I get to inspire influence people who want to do what I do.”

The only thing we’re good at mixing is our drinks, so of course we had to get some top tips from master DJ Molly.

“The biggest piece of advice I can give to people who want to become a DJ is just do it. Don’t let not having the right gear put you off – find a cheap piece of equipment or look for venues like the Royal Dyche who do open deck nights. If you’ve got friends who DJ, see if they’ll let you have a turn mixing at a party. Have the confidence to make the first step.” 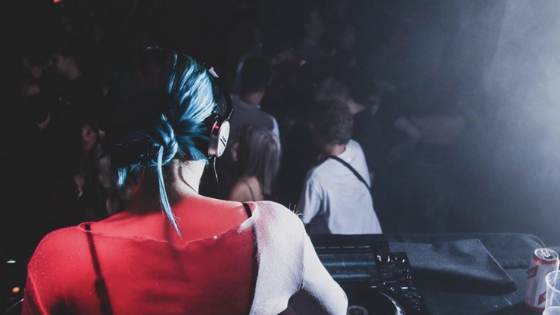