It would have been easy for Sophie Gibson to stay on in Liverpool after she graduated, but it felt like the natural thing to do to come home to Burnley.

Sophie studied Fine Art at Liverpool John Moores University where she concentrated mainly on painting self-portraits – influenced by the collages of Sgt Pepper album cover creator Peter Blake. After completing her degree, Sophie realised her talent would be nurtured more in her hometown (obvs!) and made the decision to return to Burnley.

“I’ve always thought that graduating is a bit like passing your driving test in that you do most of your learning after you’ve got that piece of paper in your hand.” said Sophie

“I was unsure of what direction I wanted my art to take, so I found inspiration volunteering on various arts projects in Burnley. This meant I got to meet and share ideas with other freelance artists and get involved with local projects.”

“Community arts projects are important and mean that art becomes accessible for all. I want ordinary people, especially those from the town I’m from, to be engaged and be able to participate in different projects and see great art and exhibitions.” 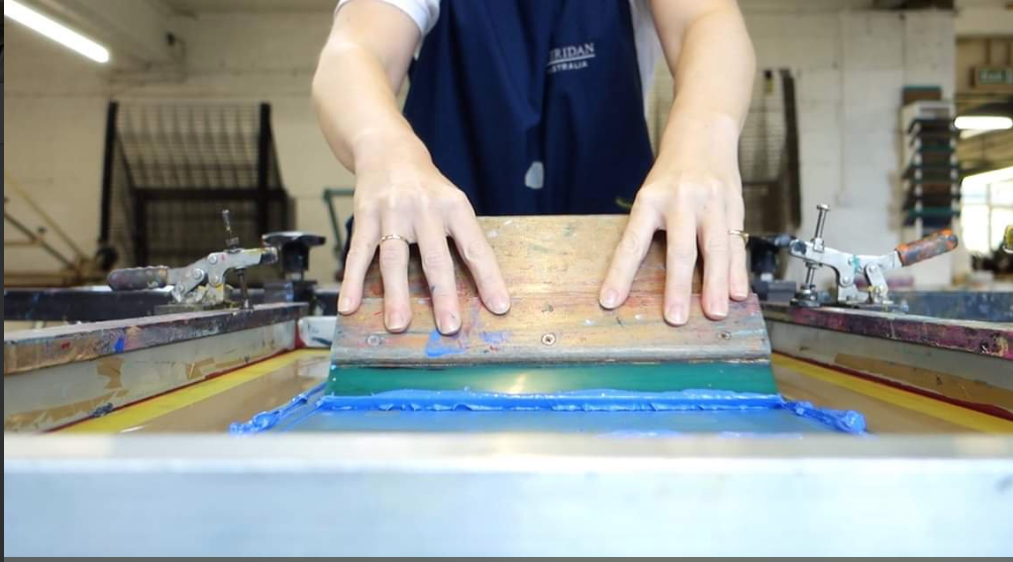 Alongside delivering community projects in the town, Sophie is still creating her own artwork from her studio in Burnley. Her work has been showcased in exhibitions across the world, including in New York as part of an exhibition called RE:fuse/RE:use. Sophie is keen to emphasise that being an artist in Burnley is brilliant and full of exciting opportunities.

Her solo exhibition at Towneley Hall last year demonstrated that.

She said: “Towneley is such an iconic place for everyone from Burnley – we all go there as kids. It’s somewhere we’re all familiar with and have such affection for, so when I got the chance to exhibit there it was so exciting for me. I was buzzin’! It also meant my family could all come along and see it. My grandma was well impressed, it was really lovely.”

Sophie is incredibly self- motivated and passionate about what she does whilst also being very modest and under plays her talent (even though we reckon she’s earned a little arrogance).

“During my exhibition at Towneley there were a couple of young girls looking at my work. When they found out I was the artist they were gobsmacked. It was really funny cos they wanted their picture taken with me. To me I’m just like them, a girl from Burnley.”

Many of the things Sophie uses in her work come from our disposable throw away culture, like her work with beer mats.

Sophie said: “I’ve an ongoing series of works, ‘The Beer Mat Collection’ where I explore the use of consumer culture and the effects of consumerism and our throwaway society. I am interested in exploring popular and commercial culture mainly through hand-cut collage which makes everything that much more personal.”

In 2018 Sophie received an Arts Council Grant. The grants, which are given to help develop young artists, are notoriously difficult to get with only 1 in 8 of applicants being successful. Sophie has used the grant to help her develop her print and collage work, and along with the ideas and inspiration she’s gained from visiting other artist’s studios, she hopes to bring her experiences back to Burnley and eventually run print workshops.

Sophie said “I have been exploring printing processes so I can engage with more people and produce multiples, rather than one off pieces. It’s another way of demonstrating art as a consumable object.” 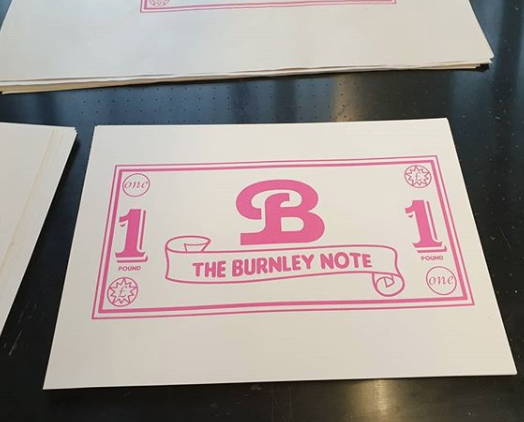 One project Sophie is particularly excited about is the Burnley £1 note.

“I found out that Burnley once had its own bank, Burnley Bank, and it really intrigued me. I’ve taken some of the imagery from the original advertisements and logos, and we’ll see where it goes from there. I’m not quite sure where I want to take this at the moment but keep your eyes open.

“When people get involved in projects like this – things that matter to them, that matter to the town – they have a real sense of ownership and totally throw themselves into it and they can achieve amazing things. I want people to feel inspired and to know that they can do anything right it here in Burnley.”

All photo’s are curtesy of Sophie Gibson’s Instagram page.