Unless you’ve been living under a rock recently, you’ll have heard the latest grime track that is taking the nation by storm. ‘Ashley Barnes’ by Bacchus has been played on Match of the Day, Radio 1 and has even reached the players’ rooms at Turf. Of course, we had to grab a quick interview with the man behind the music – Jack Sharpe.

The 26-year-old rapper began his music career writing lyrics to songs in his friend’s bedroom back in school.

“I was pretty whack,” he confessed. “You’ve got to start somewhere though, haven’t you?”

It was only within the last three years or so that Jack, who goes by the stage name ‘Bacchus’, started taking his music seriously.

“I started putting time into creating songs that had concepts behind them, with catchy hooks and actual meaning. I’ve been diagnosed with Bipolar Disorder, and writing music helped me process it. Throwing myself into my music has definitely helped me.”

Like many artists, Jack isn’t defined by just one genre of music – he describes his style as a bit of grime, hip-hop and even trap, and takes inspiration from all three of them.

“It was Jay Z’s song ’99 Problems’ that first got me into hip-hop. I was just taken by it. The fact that artists like Jay Z and Eminem were able to get so far in the industry without watering down their lyrics or their passion was crazy, and definitely spurred me on.”

“I loved US hip-hop back in the day, but really got into grime music when it started to make its way northwards. Rappers like Wiley, Dizzee Rascal, and an MC from Manchester called Shifty put the north on the map when it came to grime.”

Growing up a Burnley fan, Jack’s second passion (after music) is, of course, the Clarets. Merging the two together seemed only natural. 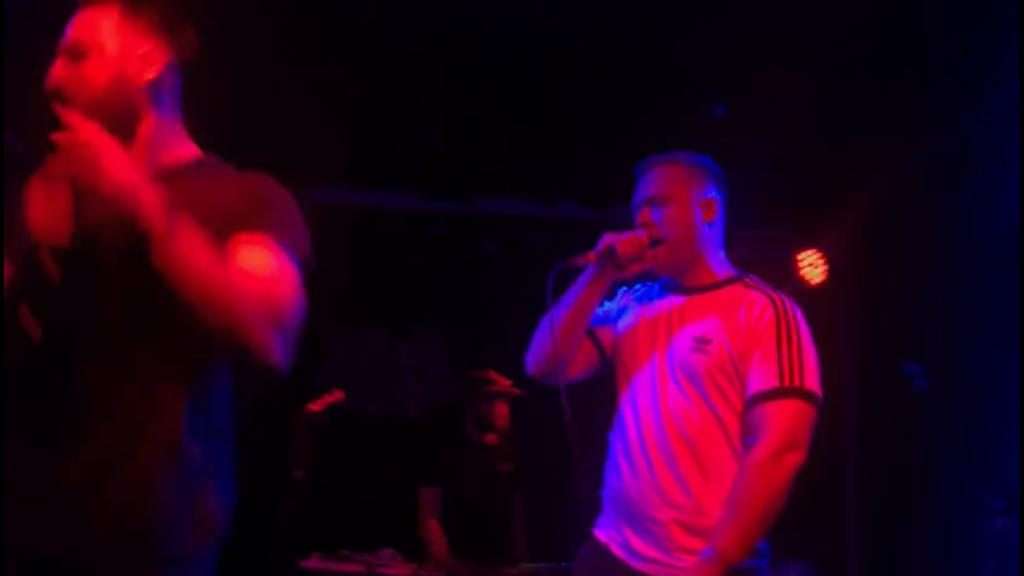 “I didn’t think anyone would pay attention to my ‘Ashley Barnes’ track. I put it out on the transfer deadline day, promoted it via a quick tweet then went to bed. The next morning, I woke up to so many Burnley fans pushing it on their own social media, and it’s blown up since then! That’s the thing I’m happiest about really – people really getting behind it.”

“There are a million and one songs about footballers such as Thiago Silva, Mbappe etc, and I thought Ashley Barnes needed to be in amongst them. He’s a bit of an antagonist in the Premier League, but I think most Burnley fans love that. That’s enough for a dedicated song in my books!”

The song, which we think should be in the charts already, has reached heights Jack could never imagine.

“I watched the Match of the Day episode on catch-up the Sunday after I released ‘Ashley Barnes’, and when I heard the commentator discussing it I nearly spat out my cornflakes!”

Our fearless leader and Burnley FC Manager, Sean Dyche, even weighed in on it, saying that it was a big hit with his kids.

BBC Radio 1 DJ Jordan North (who we interviewed last month by the way) is also a huge Burnley FC fan, and met with our Jack to have a chat about the track.

“During my interview with Jordan, Ashley Barnes himself came along! I tried to not be overly star struck but failed. Massively. You know those moments you have when you think, “I’ll never forget that?” – that was definitely one of them.”

Getting to grips with his new-found fame, the rapper is hoping to make spitting bars (are we cool enough to say that?) a full-time job.

“I’ve got two projects on the go at the moment. The first one is a joint project with an artist called Doberman from West Yorkshire, which I’m really excited about. We linked up with a really sick band to put this together – I don’t want to say too much at this stage, but keep your eyes peeled.”

“Beyond that, I’m just finishing my debut album ‘Mood Swings’, which is a fairly gritty album which I’m planning on releasing at the end of the year. The content goes from light-hearted and satirical to cynical and nihilistic, depending on how I felt at that moment when I wrote it.”

Despite ditching us to live in London, Jack still remains passionate about being from round these parts.

“I’ve moved around a fair bit over the years and settled on London for work and for my girlfriend. It has its perks don’t get me wrong, but there is definitely more of a community feel back up north. I miss the people and my family in Burnley – plus the chippies down here don’t do gravy, which is nothing short of barbaric.”