Everyone’s favourite Radio 1 DJ Jordan North has had a career that we can only dream of.

Within the last year alone, he has earned himself a slot on Radio 1’s breakfast show, been featured in Hello! Magazine, and interviewed an incredible line-up of A-list celebs, been the red-carpet host at the BAFTAs and started his own podcast ‘Help I Sexted My Boss’.

Despite his whirlwind career, Jordan’s journey to radio royalty didn’t just happen overnight; he earned his spot as King of the North on BBC Radio 1 through years of hard work and determination. We’re reet proud, you know.

From humble beginnings growing up in Burnley, where he attended St James Primary School, Jordan never imagined one day he would be a household name. 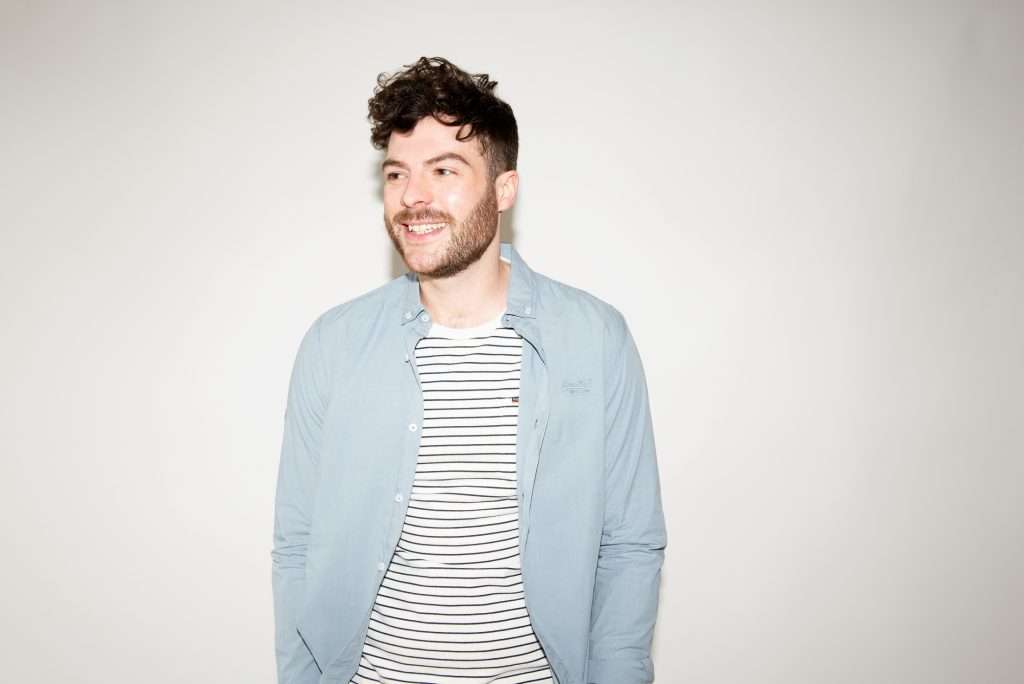 Help, I Sexted My Boss!

“’Help I Sexted My Boss!’ came about because a friend said that William Hanson, who I reckon is the funniest person in the world, and I should do a podcast, and we thought ‘yeah, we should!’. We started recording in 2018 and since then we’ve sold out shows, we’ve got a few more series coming up and we’re trying to pitch it as a TV show.”

For those of you who don’t know (and at this point, you should all know), ‘Help I Sexted My Boss!’ is a show where us regular punters write in with our dilemmas and Jordan, with the help of his co-host William, does his best to find a solution. Kind of like an agony aunt but with more gin and Dubonnet.

The long-time Burnley fan has even taken his co-host, who trains people across the UK in proper etiquette, to our humble town.

“We went to Turf Moor, had a drink at the Burnley Miners Club, went for a curry and finished with a pie from Oddies. He didn’t like the pie.” 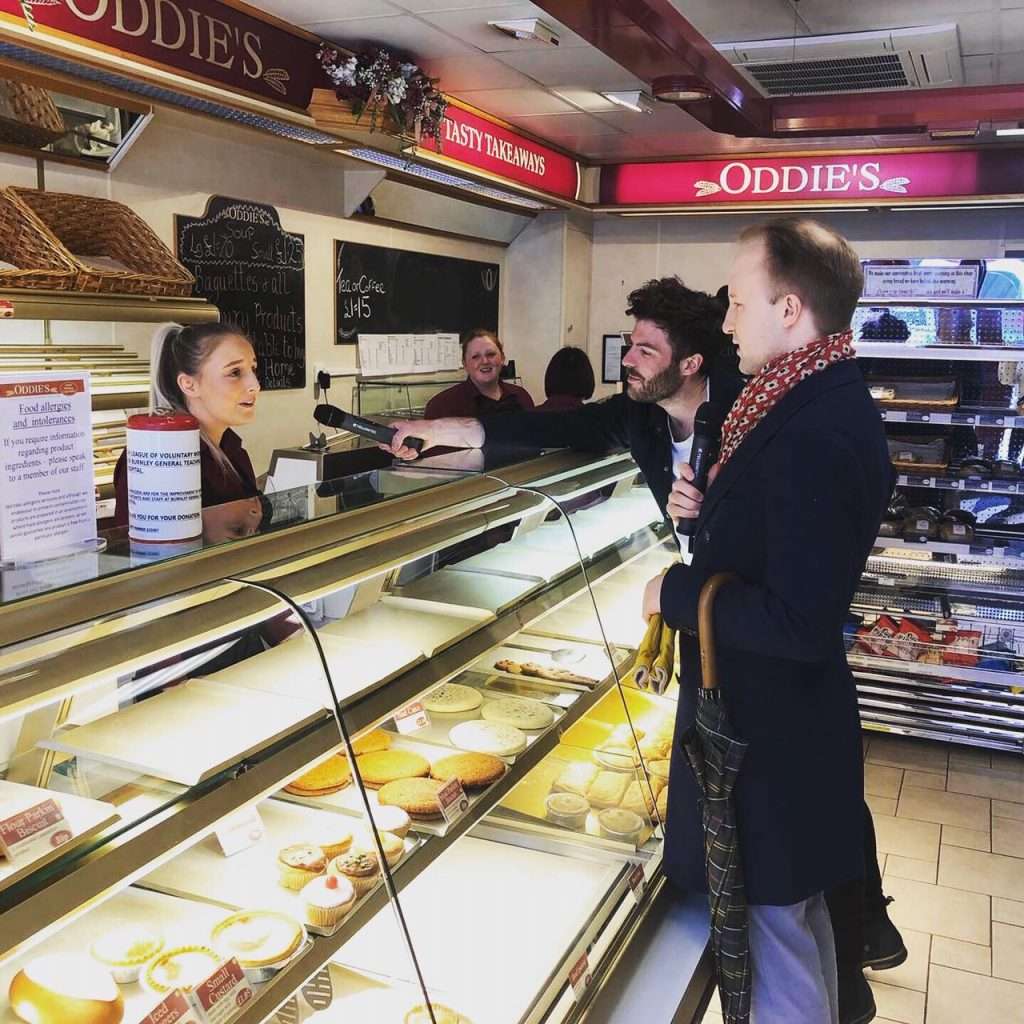 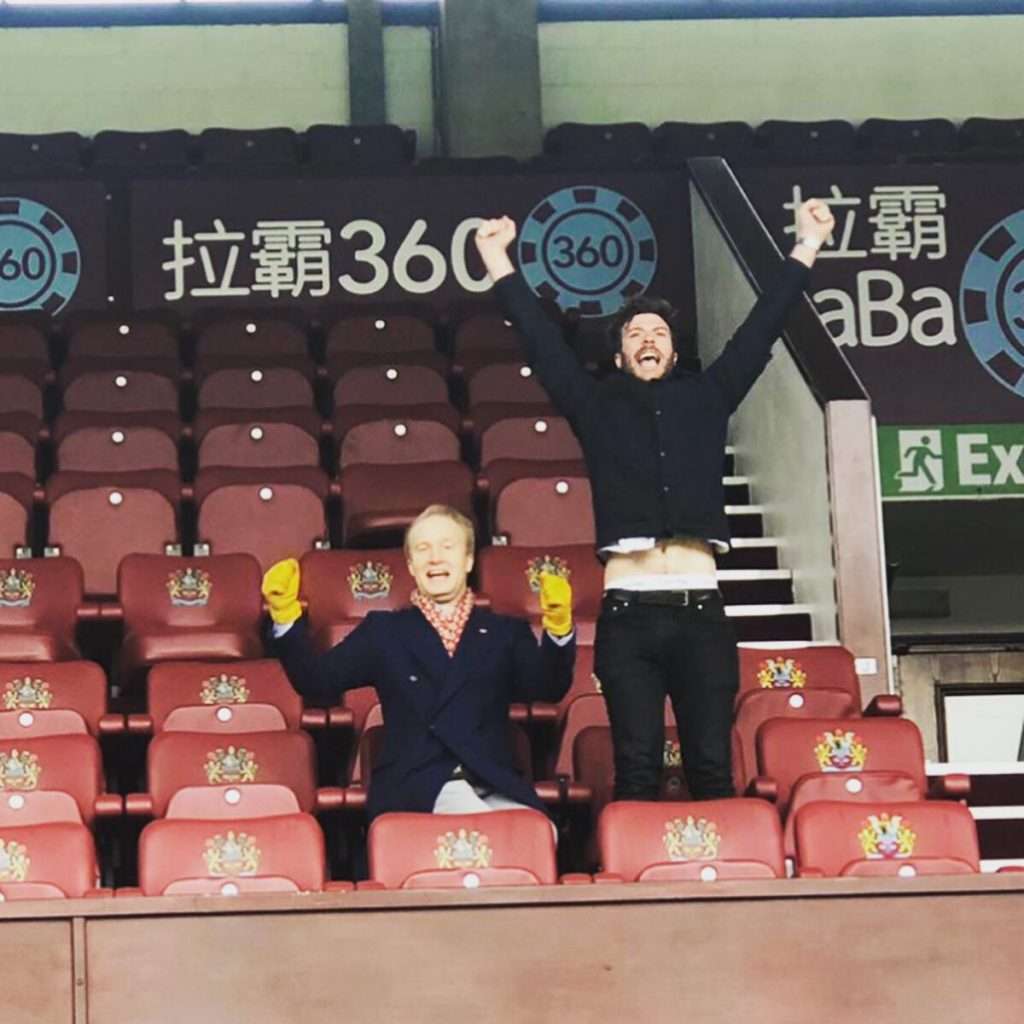 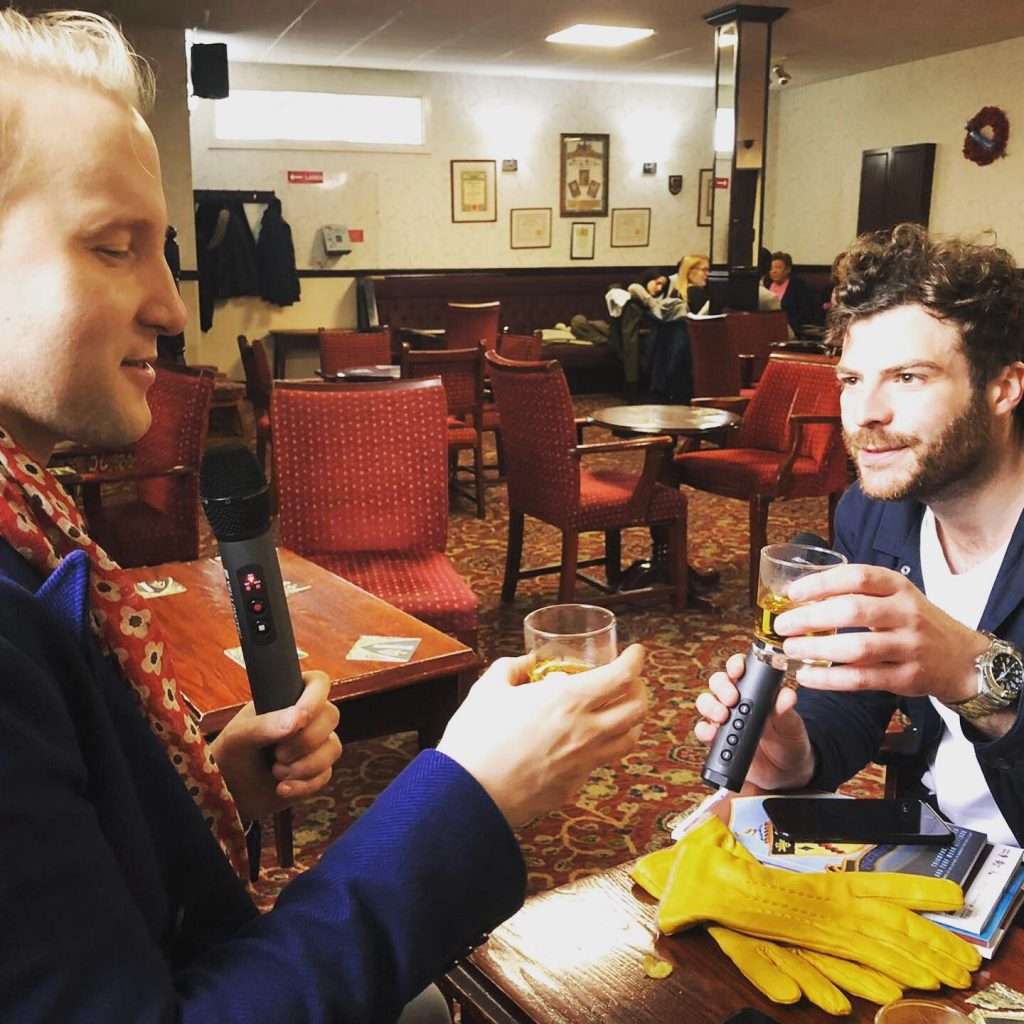 The BBC and Beyond

“I didn’t really plan to be on the radio. It’s not really something you hear people from Burnley usually doing,” Jordan told us.

After following his gut instinct (and with support from his mum), Jordan decided to pursue a career in broadcasting, and after his GCSEs enrolled onto a media production course at Preston College.

Shortly after he qualified, Jordan landed his fist gig at Preston FM, followed by a short stint on Blackpool Pleasure Beach Radio. Jordan then secured a placve on the weekend show at Capital FM – one of the most popular radio stations in the country.

With his fanbase growing, Jordan decided to send a demo to BBC Radio 1, which they (unsurprisingly) loved, and in 2014 his BBC Radio 1 career began.

We asked Jordan what his favourite part about being on the radio is. The DJ told us: “It sounds cheesy but it’s actually a privilege to be so involved in so many people’s lives.”

“Don’t get me wrong it’s hard work, and at times it’s been difficult, but getting to speak to millions of people every day is what I love about the job.”

The radio presenter has had some incredible career highlights, including presenting the Breakfast Show for a week in August.

“I couldn’t believe a lad from Burnley was presenting the BBC Radio 1 Breakfast Show with a former member of the Saturdays [Mollie King]. We even did a remix of the Whitney Huston and Kygo song, turning ‘Higher Love’ into a northern version: ‘Hiya, Luv!’.”

Although Jordan is now working alongside some of the biggest names on the radio today, he’s promised to never forget his northern roots.

In fact, when we asked him what he would say his biggest moment throughout his career has been, he confessed it was when he met Burnley Football Club striker, Ashley Barnes.

“I’ve interviewed people like Ed Sheeran, Charlie XCX, and meeting Ashley Barnes was the most nervous I’ve ever been. It’s funny, even though I’m a presenter on a national radio station, these players are still my heroes. The interview was great, he’s horrible on the pitch but lovely off it.”

“I think the song about him by Bacchus is absolutely brilliant, I’ve got my flatmates and all my friends singing it.” 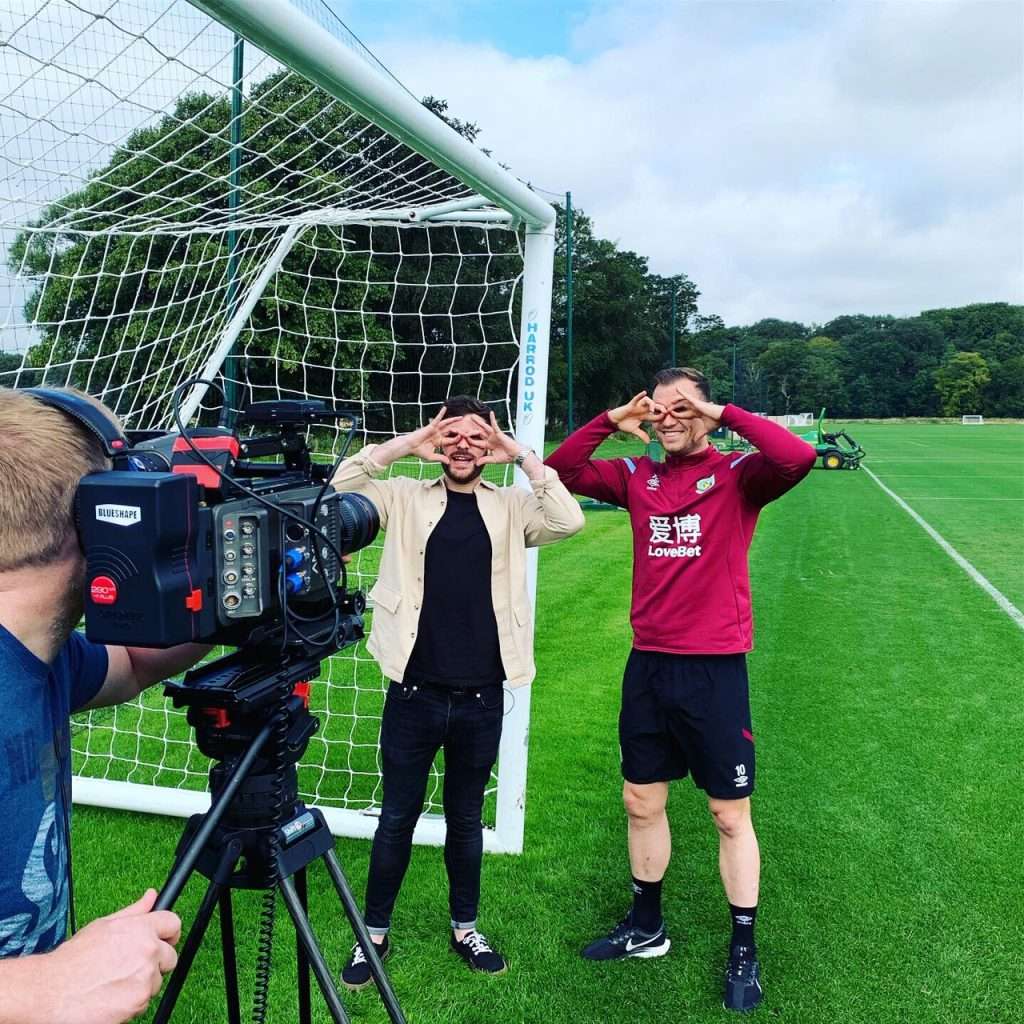 You can take the boy out of Burnley, but you can’t take Burnley out of the boy

Jordan said: “I still come back to Burnley as much as I can. Smacks is one of my favourite nights out, and I still love going up Pendle Hill when I can. And obviously I’ll always be a Burnley FC fan – there’s no place like Burnley.”

If anything, Jordan makes sure to come back up North to visit his number one supporter: his gran!

He added: “Grandma Glennis is always rooting for me. When I was named in Hello! Magazine as a ‘Rising Star of 2018’ she couldn’t believe it. She’s definitely my biggest fan.”

If Jordan has one piece of advice for his younger fans, it would be to ‘dream big’.

“I remember one friend laughing and saying to me “you can’t do that” when I told them I wanted to be on the radio. Work hard, believe in yourself. If I can do it, you can do it.”

“You’ve already got one thing going for you; you’re from Burnley.” 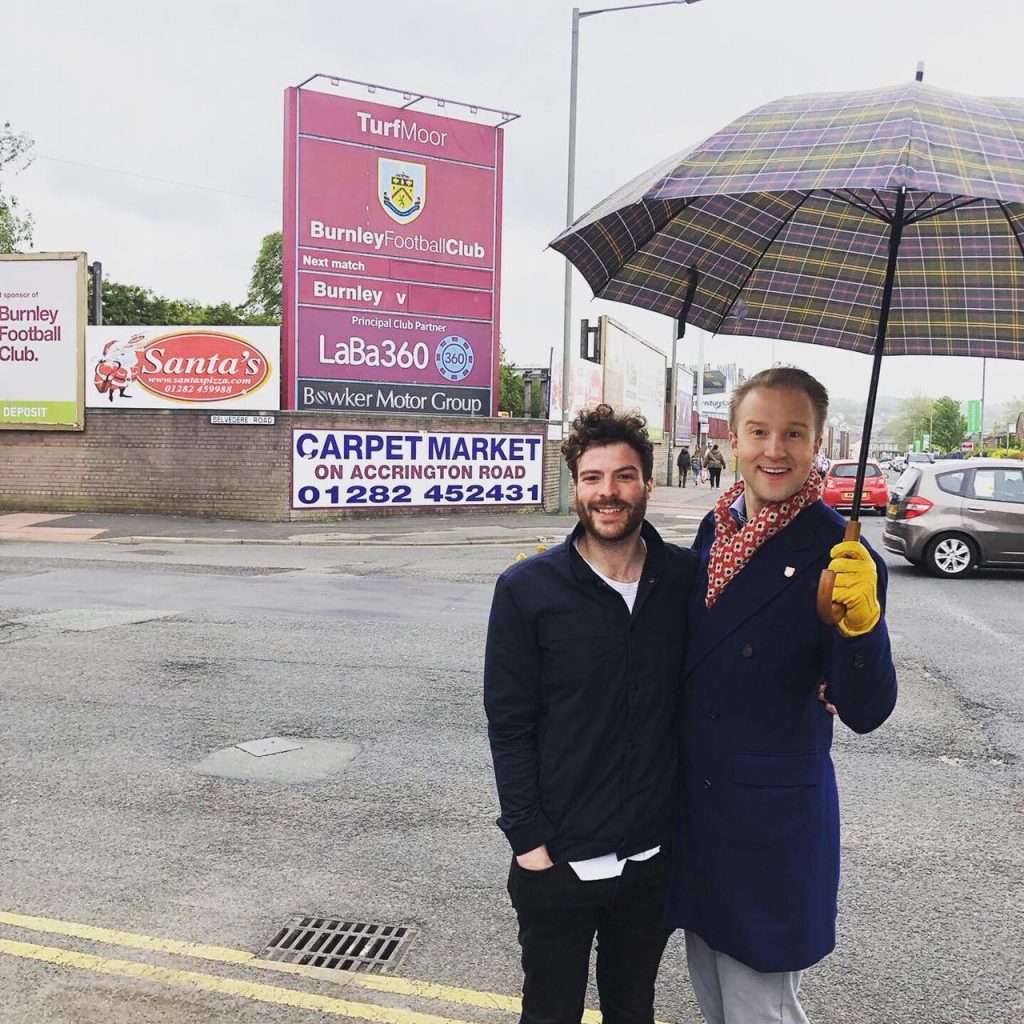