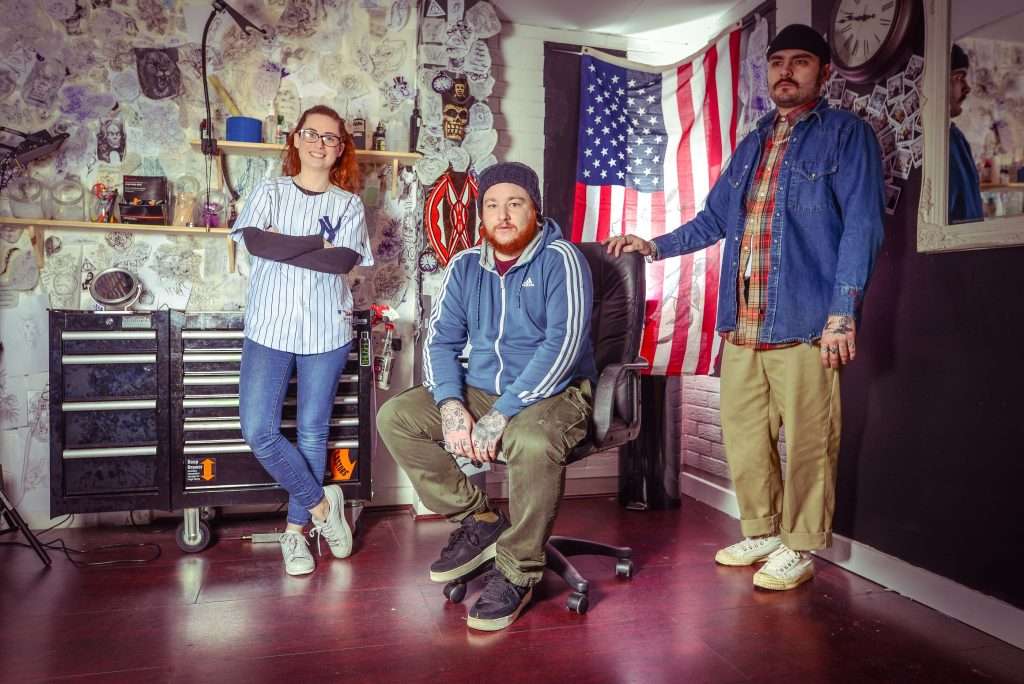 Walking into Timeless Tattoos in Burnley, you feel as if you’re walking into your mate’s living room. Duo Scott Heffernan and Jo Dewhurst have run the parlour since 2016 and have since cultivated a following and loyal customer base at their location on Hammerton Street, Burnley.

“I just like tattooing”, Scott says. It’s all about finding happiness in the little things and loving what you do, and it looks as if Scott has that down to a fine art. The 33-year-old spent a lot of his youth at his friend’s studio which then inspired him to pick up a tattoo gun himself and start inking. 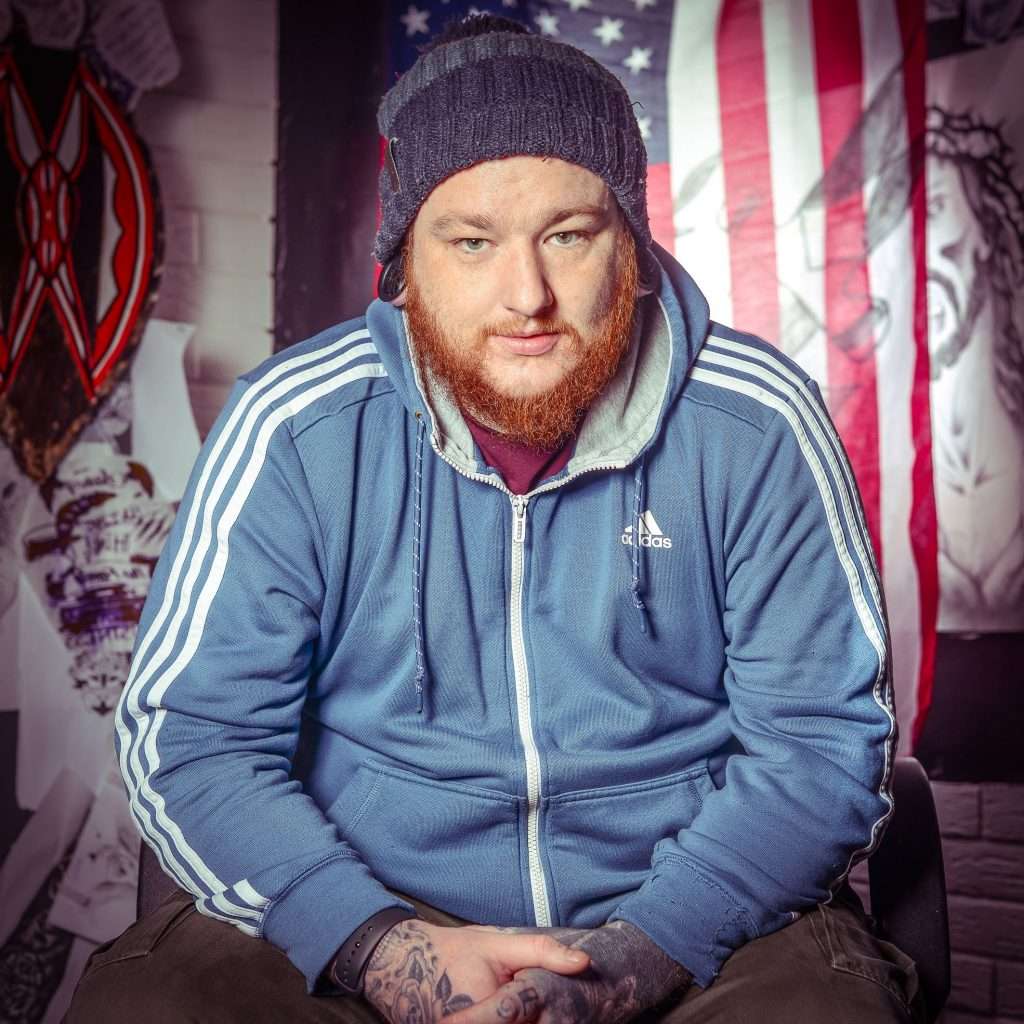 With a degree in photography from the University of Lancaster, Scott’s creative streak has been evident throughout his young life and is now channelled through is love of tattooing. Although Scott specialises in traditional style tattoos, his approach to the profession is somewhat unconventional.

“I’ve always loved being creative, whether that’s painting or taking photos. As long as I’m creating something, I’m happy.”

Whilst some people might start a career as a tattoo artist for the fame or the fortune, Scott is driven by his love for art and being a part of his community.

Also in the shop is Jo, Scott’s partner in both life and business. 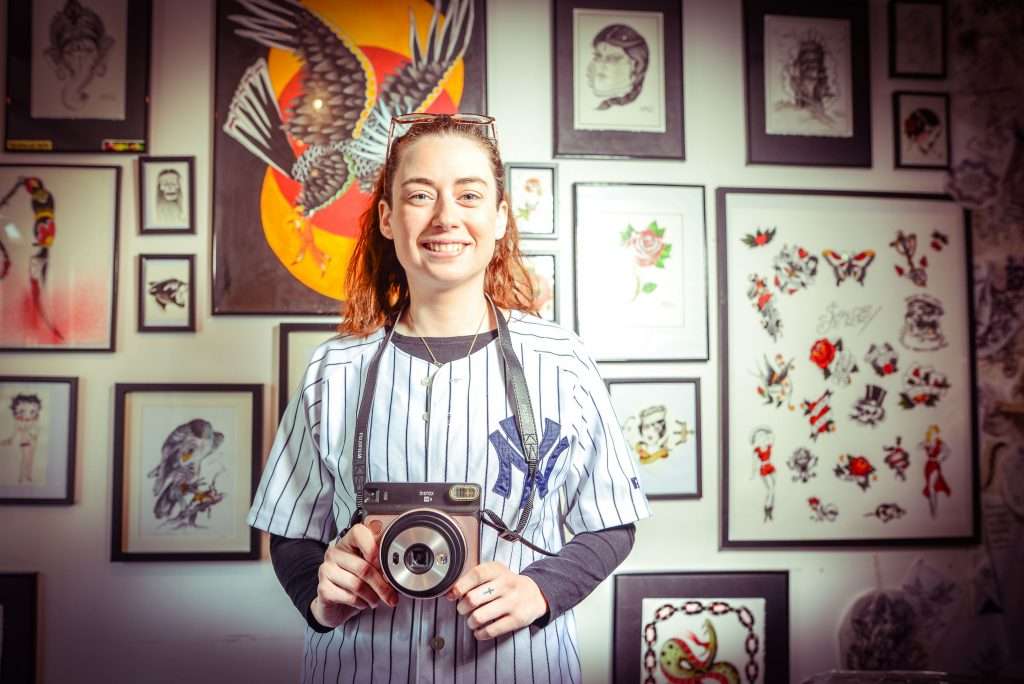 That’s the spirit, here in Burnely. In fact, Timeless’s newest apprentice, Charlie, whose experience of tattoos was rooted in Manchester, shunned the city life in search of our smaller town.

“It’s a friendlier community in Burnley. Tattoo shops can sometimes be quite intimidating, and sometimes it’s about who you know when it comes to apprenticeships at tattoo studios. I got along with Scott when I first came here, and it felt like a natural fit.” – Charlie 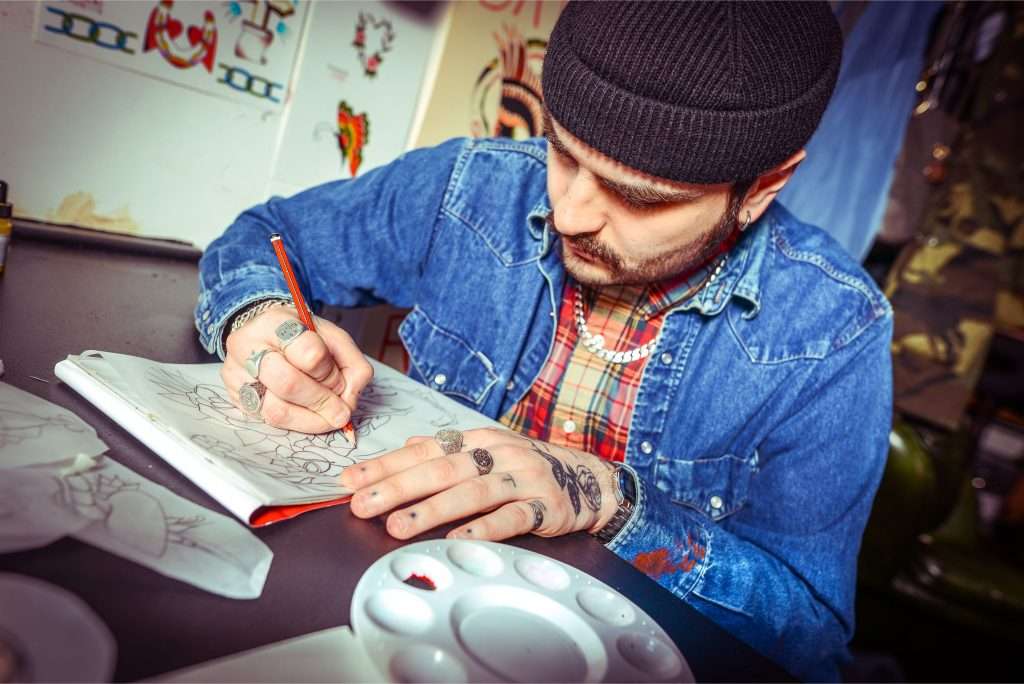 Working his way from the ground up himself, Scott believes it’s important to give back to the community. In Burnley, he says, if you put your mind to it and be original in what you do, you can do anything.

Having started his business with support from the Prince’s Trust, Scott isn’t just your average tattoo artist. He’s also an ambassador for the charity and often does talks and motivational speeches about being an entrepreneur and has even won the NatWest Enterprise Award in the North West.

This start to his shop has given Scott a motivation that is almost unrivalled – he has driven to conventions and tattooed through a broken arm, carried on working whilst also raising his daughter and been an active member in the community surrounding him.

“I want there to be something for everyone; I try to cater to all needs. I’m not going to rip people off if they want a tattoo, money shouldn’t be an issue. I want to create a space where people feel comfortable and feel as if we’re approachable here at Timeless.” 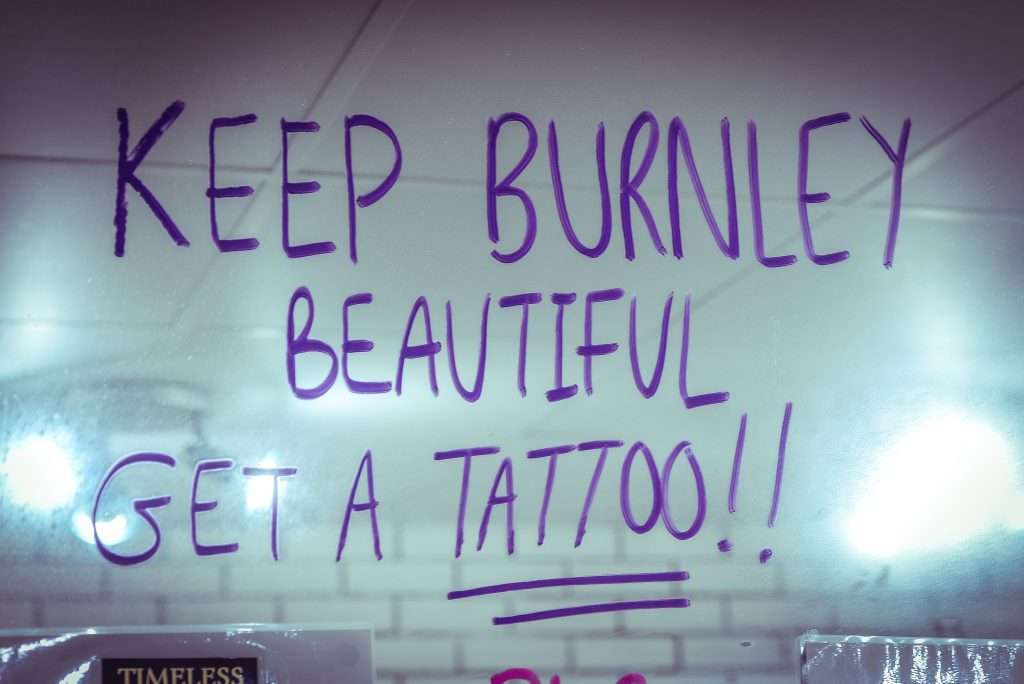