Liam Waddington, or ‘Vizeh’ as he’s known to his army of followers is a YouTube sensation from Burnley.

With 171k subscribers and counting on his channel, Vizeh vlogs from his bedroom about Burnley FC, FIFA, FUT Champions, compilations, rage videos and more.

His videos have collectively had almost 35 million views.

So what’s it all about?

In the space of a few short years, Vizeh has gone from ‘the cringiest kid on YouTube’ (his words, not ours) to one of the UK’s fastest growing YouTube stars. And he’s still only 20.

The story goes that because of his speech impediment, Vizeh didn’t speak much at all growing up and wasn’t taken seriously – the complete opposite to how he spends his days today; talking to camera from his bedroom in Burnley. 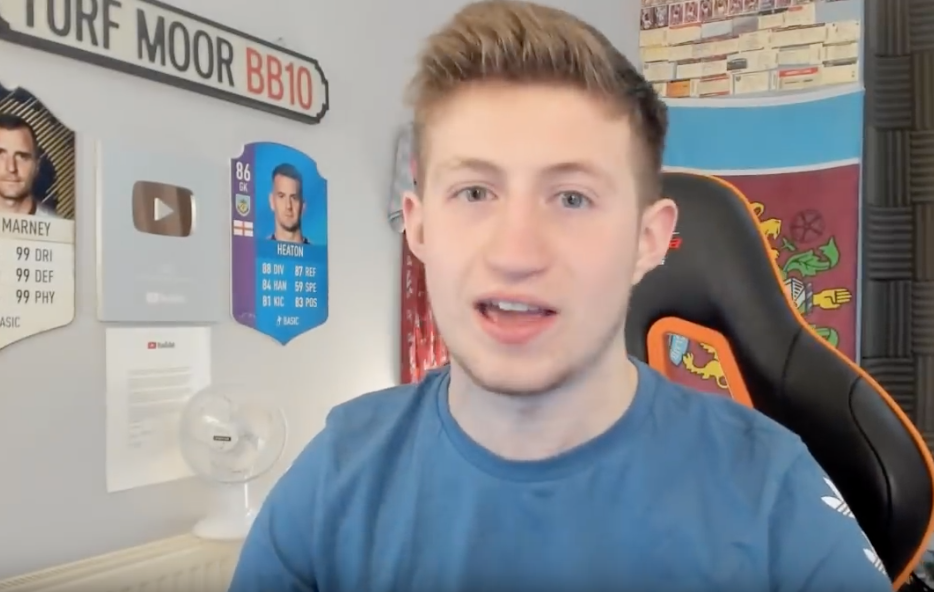 When Vizeh’s mum passed away in 2013, he turned to YouTube and started making his own videos to have his voice heard.

“YouTube was and still is a coping mechanism – an outlet where I can get things off my mind.”

Starting off in 2011 age just 13, Vizeh’s early videos were compilations of himself playing and commentating on ‘scary games’ (in the dark!) and had around 10-20 views each. At this time in his life, Vizeh’s income came from a part time job at McDonalds, not from his YouTube career.

“If I got even one positive comment on my videos in the early days, it made it all worthwhile and made me want to carry on putting videos out there for others to see.”

Inspired by the likes of YouTube stars KSI(6.4million subscribers), Syndicate(2.6million subscribers) and iLukasx100, Vizeh continued to produce content and slowly but surely, grew his following, with viewers coming back for daily updates from the Burnley sensation.

“I just try and make engaging content that I would want to watch myself – stuff I am actually interested in and enjoying doing, whether I was filming it for YouTube, or not.”

From hundreds to thousands…

The turning point came in 2017 when he worked on a project for iLucas; Vizeh used his graphic design skills to create a thumbnail for his YouTube channel.

“Lucas started mentioning me in his videos and it made more people aware of me and my channel and I ended up in touch with loads of the YouTubers that I’d been watching myself at home, all with huge audiences.”

As his own audience grew, YouTube began to ‘recommend’ his videos which catapulted his following even more, to the point where he decided to focus on his channel full time and put his Graphic Design course at University in Newcastle on hold.

“The easy route would have been to just carry on with my Uni course but I knew I’d regret it if I didn’t put my all into the YouTube channel and give it chance to succeed.”

What followed was a video entitled ’20 players we hate in FUT Championships’which, to date has had 253k views. Suddenly, his videos were being watched thousands, not just hundreds of times, by people all over the world. 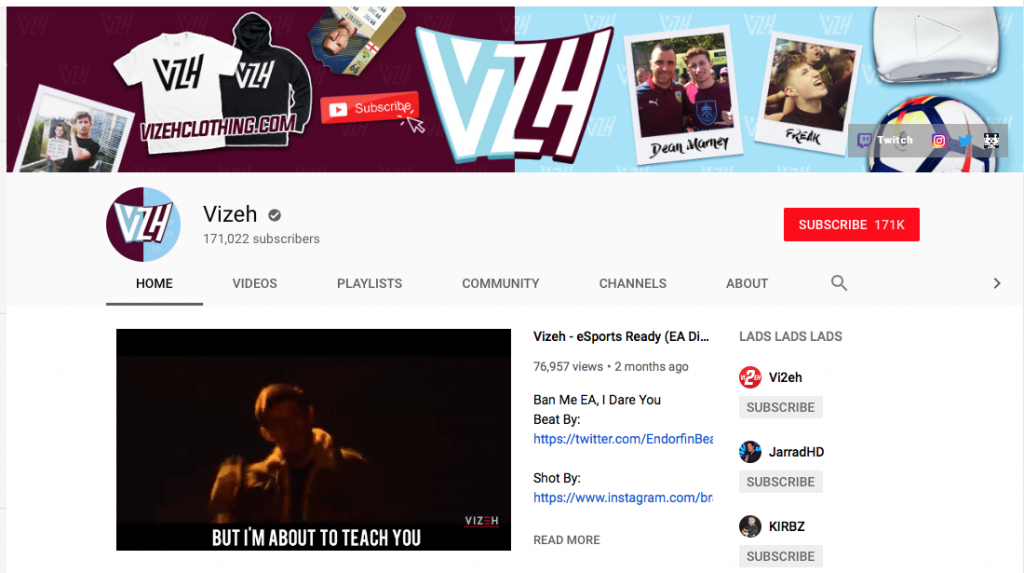 Just recently, Vizeh did a 50 hour live stream on his channel entitled #ForMum which involved him eating a ghost chilli and shaving his head – a look he debuted when we caught up for this chat and filmed him for our own YouTube channel. He has so far raised over £6.5k for MS Society.

Vizeh has since created almost 1,400 further videos on his channel.

In case you didn’t already know, Vizeh is a huge Burnley FC fan and regularly vlogs from both home and away games, is a season ticket holder (and has been for years)

“I feel so proud of my club. I’m all for supporting your local team and I’m just fortunate that Burnley are mine and that they are pretty decent”

In fact, Vizeh sees himself at the club full time in the years to come:

“My dream job in five years or so would be working at Burnley FC as part of the media team – living in my hometown and working with my favourite football club – what could be better?” 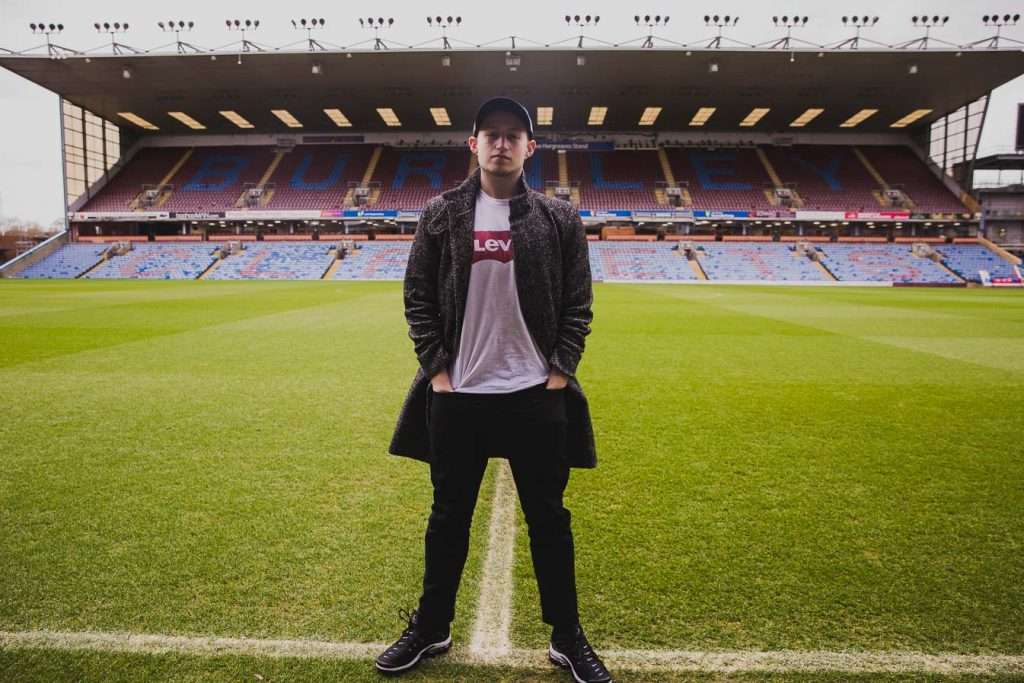 Speaking of his hometown, Vizeh said:

“For me, Burnley is a really grounded town. We’re all here for each other up here and work hard to earn our trade. As the football club gets better and better the area seems to thrive and it seems like more companies and entrepreneurs take notice and get exposure too from being associated with Burnley in general. There’s a real buzz going on here right now and it’s great to be a part of it all.”