A European Barn Owl. That’s who would play Wayne Walsh in a movie about his life, according to one of the regulars here at The Shift Café. Surrounded by an array of artwork, instruments and comfy couches, The Shift Café is one of Burnley’s friendliest community hubs.

Owned by Wayne Walsh, The Shift Café’s doors opened in February 2016 and has since been a hive for creative artists in Lancashire who needed a space to practice their skills and develop their talent. As Wayne and I chatted over a cup of tea, patrons enjoyed a chinwag at the bar and volunteers took part in the regular arts and crafts session that runs every Tuesday.

“I wanted there to be somewhere in Burnley where people could perform and practice without feeling judged or being charged, and since we opened, we’ve seen an increase in music students and younger musicians approaching us to help start their careers.”

Run entirely by volunteers, The Shift Café’s uniqueness comes from the range of courses, groups and events on offer that are completely free to the public. Whether you want to try your hand at poetry, song-writing, playing an instrument or painting, there is something on offer for anyone here. No one session has a ‘leader’, or ‘teacher’, as Wayne encourages talent sharing as the groups interact and swap tips and tricks between each other.

The format for The Shift Café brings people together who share their talents, and quite often if one-person visits to hone their skills in one area, they pick up another hobby and dabble in different activities.

“It’s great to see so many people getting involved in the sessions. There are people who first came and didn’t want to get up and perform in front of a crowd, but now their confidence has grown. People who came in who were shy are now some of our most chatty customers.

“The Shift Café is about creating a safe space where people can come, share their talents and encourage others to be creative.” 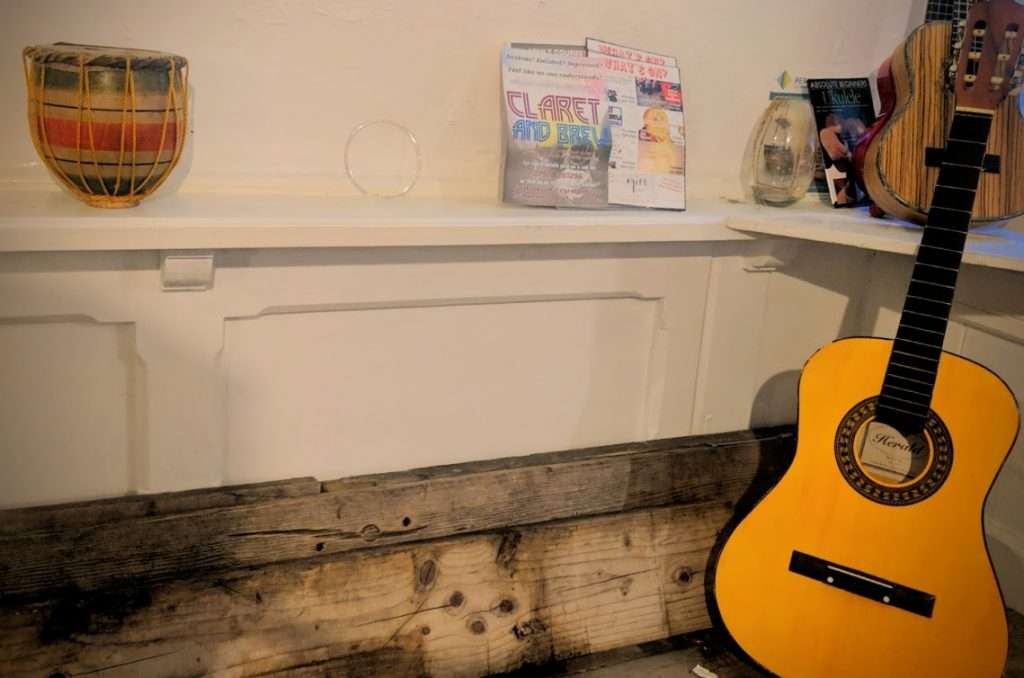 In fact, many of the volunteers who help Wayne run the café started as regulars and initially came to take advantage of the many services that were on offer. When it comes to The Shift Café, there are many returning faces who get involved regularly.

This Christmas, volunteers and locals will be working with Wayne to create an ‘alternative Christmas’, for those who prefer to shy away from a traditional 25th December and for those who simply can’t afford it. Many patrons will be buying, cooking and sharing dishes in the café so that people in Burnley who are unable to pay for a Christmas dinner, or are homeless, needn’t worry about purchasing a hot meal. There will also be plenty of fun and festivities for people to pop down and enjoy as an alternative way to enjoy the Christmas period. 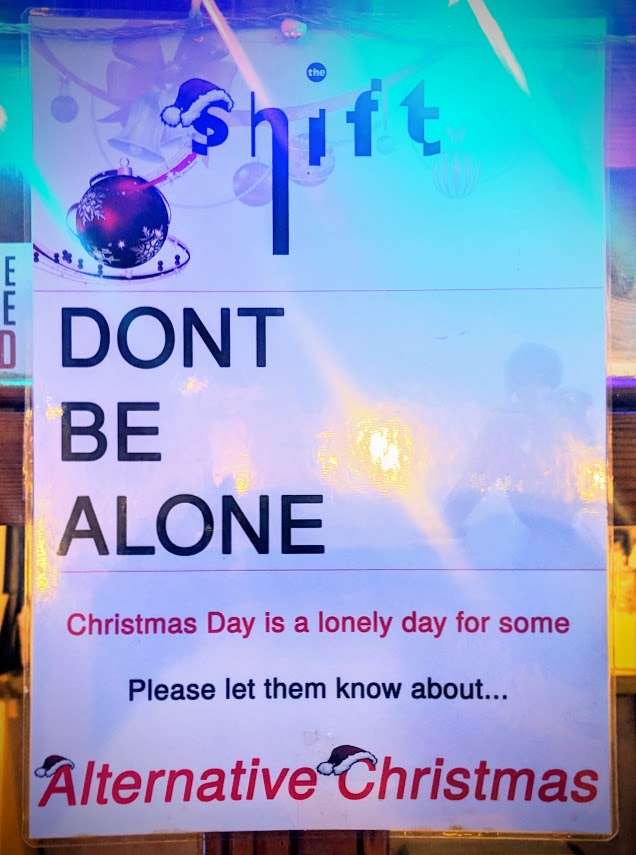 Opening The Shift Café doors to those less fortunate at Christmas isn’t the only way that Wayne is tackling sensitive subjects in Lancashire. ‘Claret and Brew’ is an organisation in Burnley, run for and by men who suffer from mental health issues. The idea is akin to Wayne’s: a safe community space where members can talk openly and without judgment, and so The Shift Café hosts the drop-in every Thursday.

Wayne’s individual approach has meant that many people who do suffer from mental health problems are able to find a creative outlet through The Shift Café. The skills that members and volunteers develop have also helped many unemployed or part-time / shift workers go on to start their careers, cementing The Shift Café’s place as a supportive community in Burnley.

As The Shift Cafe continues to develop, Wayne’s expansion plans, which include putting Burnley on the map globally with his innovative ideas, stay true to his mission statement: “The purpose of The Shift Cafe is to spark a revolution which leads to a change in the way we approach the arts and entertainments industry”.

“The Shift Radio and The Shift Television will support independent talent by playing and promoting their music 24 hours a day 365 days a year and are both a platform for independent music to be seen and heard. It will be Burnley’s first global independent radio and television station.”

Javier Bardem – that’s who Wayne thinks would play him in a movie about his life. Whoever would depict the young entrepreneur in his biopic, there’s no doubt that there would be a lot to talk about when it comes to Wayne Walsh.

If you would like to find out more about The Shift Café, you can visit their website or alternatively, see their upcoming events on their official Facebook page.