A Magnet For Music Freaks

A Magnet For Music Freaks

They were supposed to go the same way as VHS videos because first CDs, then Amazon and more latterly Spotify were all going to be nails in the coffin.

And yet, in recent years vinyl sales have spiked. This unlikely comeback may have surprised many but there’s a little side street in Lancashire where they’ve always kept the flame alive.

Hall Street, Burnley. It’s only about 100 meters long but it’s home to not one but two thriving record stores, each packed with history, personality and run by characters who boast an encyclopaedic knowledge of the world of music.

Les Baxter, of Electron Records, started in his dad’s Nelson store in 1959. Neil Kinder is the new kid on the block. Sort of. He opened Astonishing Sounds in 1989 — just about getting established before the harbingers of doom started forecasting vinyl’s end.

Hard to believe but back then every town in the country had at least one record shop and vinyl was sold at high street stores like Woolworths and WH Smiths. Today there are only around 200 record shops in the country. Yet somehow Burnley managed to sustain two. On the same street. What makes them so special?

“We’re a magnet for music freaks,” laughs Neil, who is happy to swap stories about obscure album artwork and rare test pressings. There’s a sense that these stores are as much a home for serious addicts and anoraks as they are a retail store. But there’s also a friendly welcome for those less steeped in the record world’s finer details.

“We kept the faith,” he adds. “Now the market is back, and records are cool again, but you know what. They always have been.” 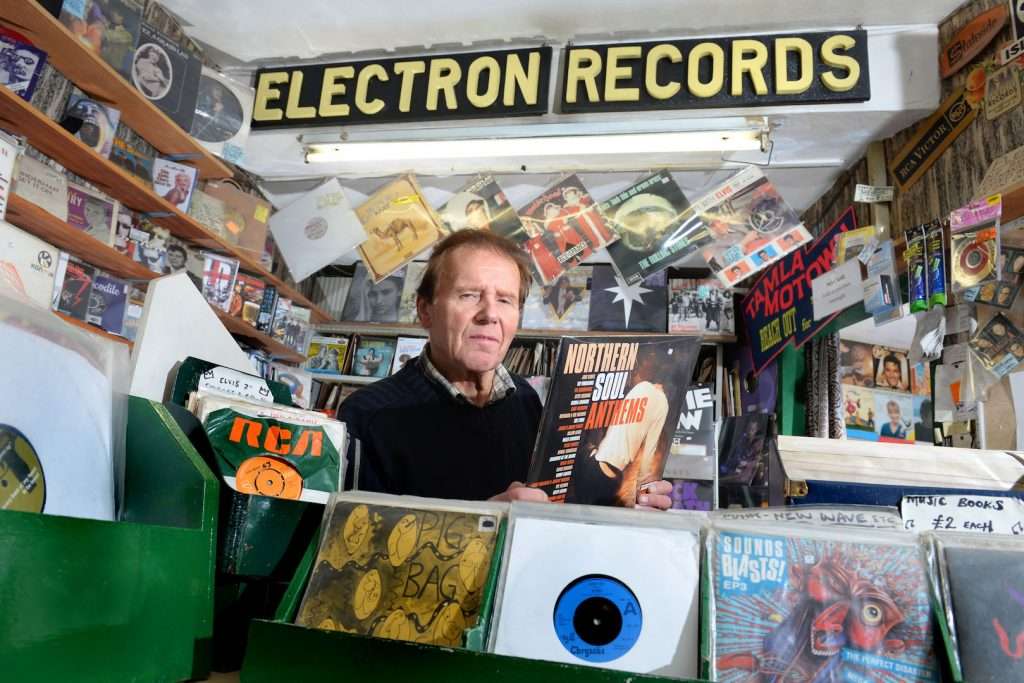 “The world is different now. You get a lot of collectors and you have to know the market. I’ve got some stuff in here that you won’t find anywhere else in the North West or even the country. That’s because I trade with people from all over and I give good swaps for stuff.

“For example, I’ve got some very rare 60 and 70s Spanish pop records that were played on the radio. Back then the Franco regime didn’t allow those kinds of records to be sold to the general public. I’ve got hold of them via a trader in Spain.”

In fact, the day we spoke Neil had sold a Phil Spector box set to a collector in Jamaica via the online trading site Discogs — which allows him to sell to the world. That said, the vast majority of trade goes on the more traditional way. In the shop over the counter.

To underline the point three students pop in to buy a techno album, spending their bus fair in the process, and go out clutching the disc as though they’d grabbed the Holy Grail. Next up is a regular — a trader from Lancaster who pops in with some discs to sell or trade and the pair swap tales from the vinyl frontline.

Clearly you can’t run such a niche business without a degree of passion. Says Neil: “If you don’t love it you can’t talk about it.” 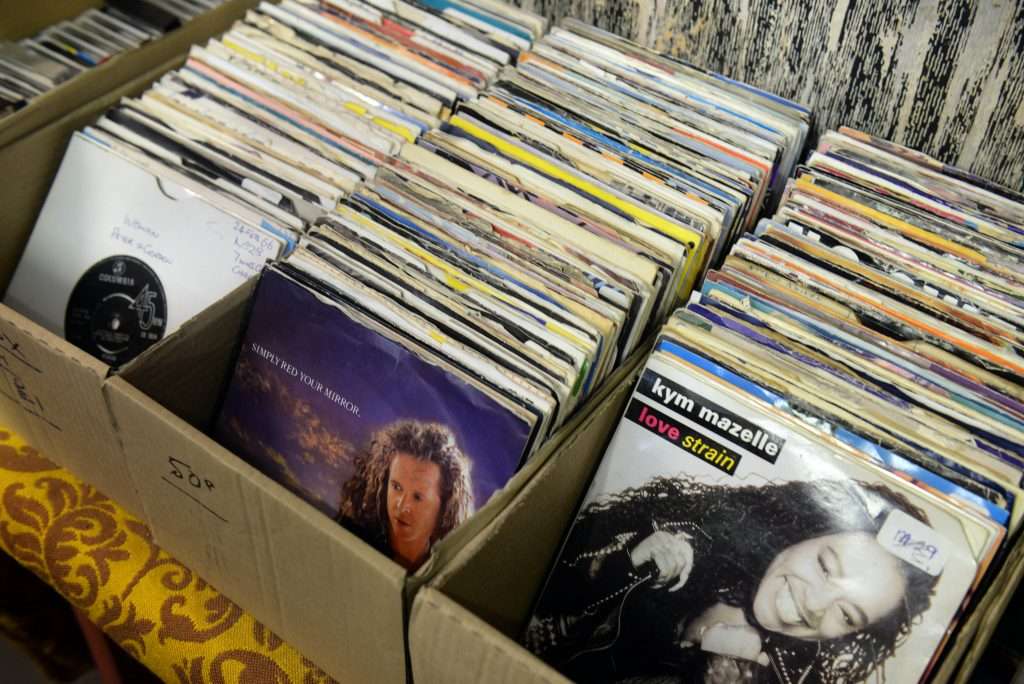 Across the road Electron is an amazing place. Three parts record store, one part a bone fide piece of retail heritage, it still boasts the original listening booths that date back to when the Beatles and Stones were in their prime.

Not surprisingly Electron was used as a location for the 2014 cult classic movie Northern Soul, which starred Steve Coogan, and was set amid the rise of the Northern Soul dance movement of the 1970s.

The producers asked him to shut for two days while they filmed. They chose Friday and Saturday much to Les’s disgust — the two busiest of the week.

“My son Jimmy got a part as an extra behind the counter,” says Les, though the reality is that it’s Les who has been a fixture since the day his father James asked him to quit his apprentice TV engineer job to help out in Electron’s Nelson store.

“The assistant we had then gone down to London chasing her dream to be a singer. I never finished my course!” he says with a wry smile. The store is Les’ life. Like Neil he’s a fountain of knowledge and he has a passion for music and collecting it.

Today it’s the release of the latest iPhone that gets people queuing round the block. Back in the 1960s it was the emergence of four young men from Liverpool.

“Their second album With The Beatles completely changed things,” says Les. “They made LPs sell. Before its release they’d already had several singles in the chart and people were excited by the album.”

Top of the Pops

Ahem. The charts. Both men agree they don’t matter anymore, though Neil has a scanner by his till and any records sold go direct to the company who today compile the listing.

Says Neil: “Back in the 90s being a chart store was a licence to print money. Record company reps would give you advantageous deals to encourage sales. Reps don’t come around now. But then again charts don’t mean anything now — no-one can name the top 10 anymore.”

Both stores have their devotees. There are some who will only go in Electron, others just Astonishing Sounds, though most collectors head for both as they stock different types of music. It’s a relationship that seems to suit both owners. They also have people who come in looking to offload their records.

But Les often tries to make them change their minds. “When people come in looking to sell their record collection, I say to them ‘Why do you want to sell them, it’s your life history that you’re selling’. They always regret it. Always.”

It’s a sentiment that goes to the heart of the matter. Vinyl is not just a product. It is a memory and as Nick Hornby says in High Fidelity, his book-turned-film about a music obsessive who works in a music store, ‘Sentimental music has this great way of taking you back somewhere at the same time that it takes you forward, so you feel nostalgic and hopeful all at the same time.’

That’s the magic of vinyl. Head down to Hall Street and you’re bound to find something you’ll love.