Last year, Jai Redman and his husband sold their Manchester City Centre apartment. They were ready for a change.

They had been deliberating over moving to London or even Brooklyn, NYC but a chance bus journey led Burnley to becoming their home.

When taking a shopping trip with a friend, Jai asked what village they were currently in and when they would be arriving in Burney.

His friend laughed, stating that the stunning greenery and buildings around that he’d been admiring through the window for the past few minutes? That was Burnley!

In fact, the town made such an impression on Jai that he decided to set up One Sixty – a vegetarian and vegan cafe – on St James Street which has since become a valuable part of the community.

While the cake counter and vegan food on offer looked incredible – think Bakewell Tarts, gooey Chocolate Cake and Katsu Curry – Jai told me that One Sixty was so much more than a cafe. 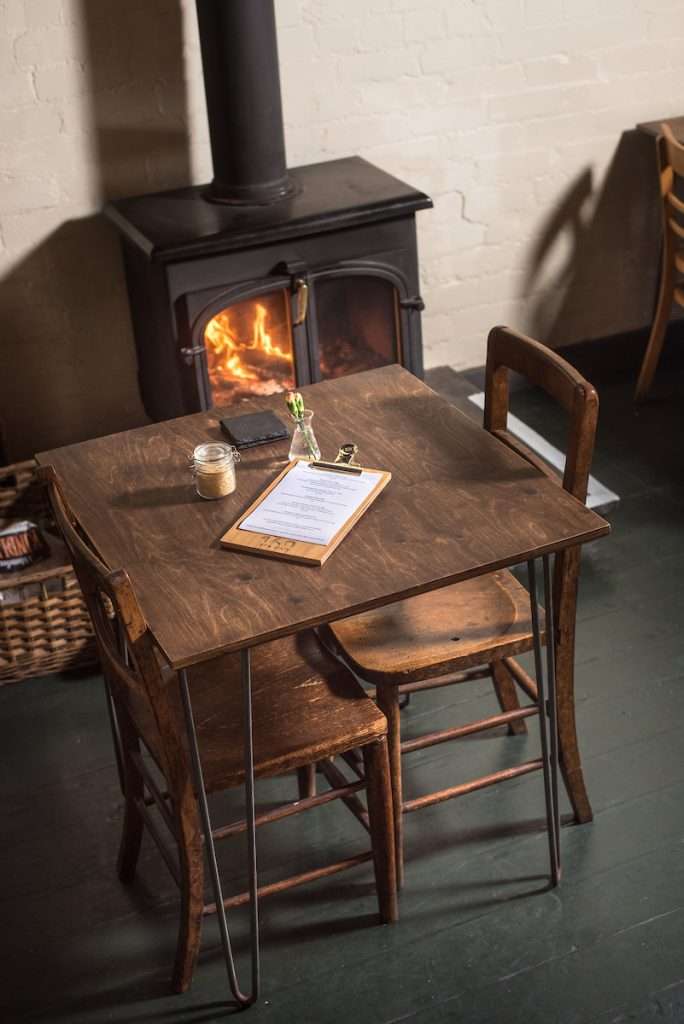 Jai said: “My roots are as a visual artist, working across sculptures, paintings, digital illustrations and socially engaged public art. I recently had an exhibition running at Manchester Art Gallery – Paradise Lost – and that was my swan song if you will.

“Once that ended, my partner and I decided it was time to move out of the city and find a new challenge. I didn’t want to do what everyone else seemed to do and move to Chorlton or Didsbury.

“We wanted to be somewhere that we could really get involved in the local community and make a difference somehow.”

This is reflected in the St James Street building, which has a cosy log burner and plenty of artwork dotted around.

Jai wanted to encourage local artists, musicians and students to use One Sixty a creative space, somewhere to find solitude – and a decent cuppa – as they work and or to network and get to know other like-minded people in the area.

He believes that a big part of the arts and music community is based around conviviality; eating together and sharing ideas and opinions to help broaden and enrich the mind.

The food may draw customers in but Jai knows that when people simply sit around and ‘do nothing’, that’s when the creativity flows and where change comes from.

After studying Fine Art in Reading, Jai spent many years campaigning as an environmental activist, a self-confessed ‘Eco Warrior’ and his work took him all across the country.

In 2009, Jai was part of a campaign named ‘ExInked’ – a participatory arts and ecology project launched in November 2009, in collaboration with Anatomy Projects and tattoo artists, Ink Vs Steel.

With the support of leading conservation organisations, one hundred rare and endangered British species were identified and studied, before being delicately illustrated in pen and ink by Jai. 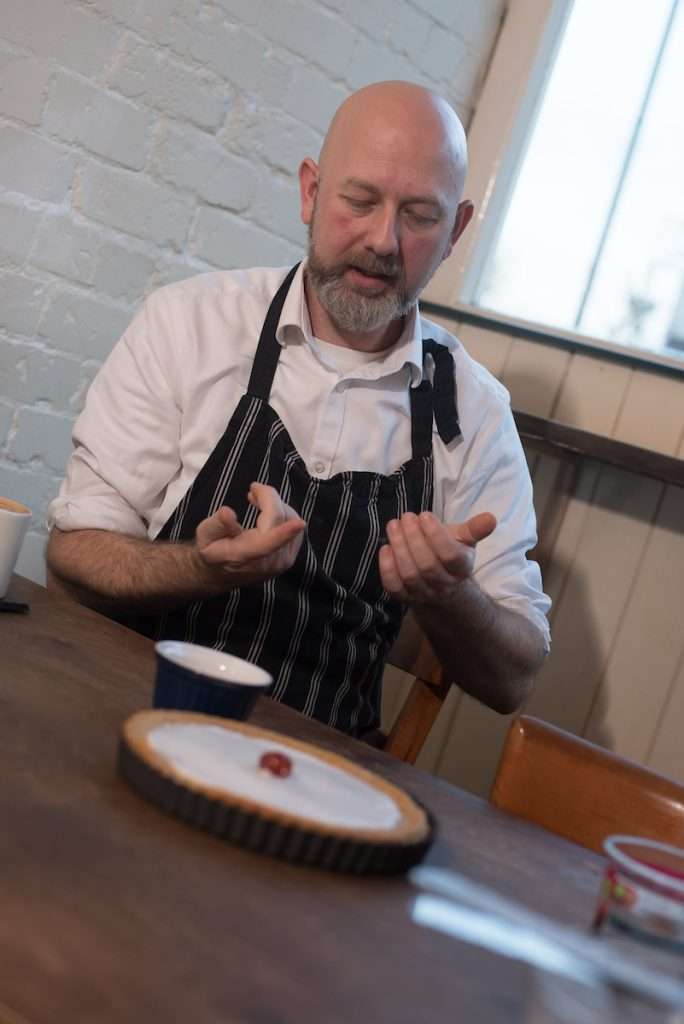 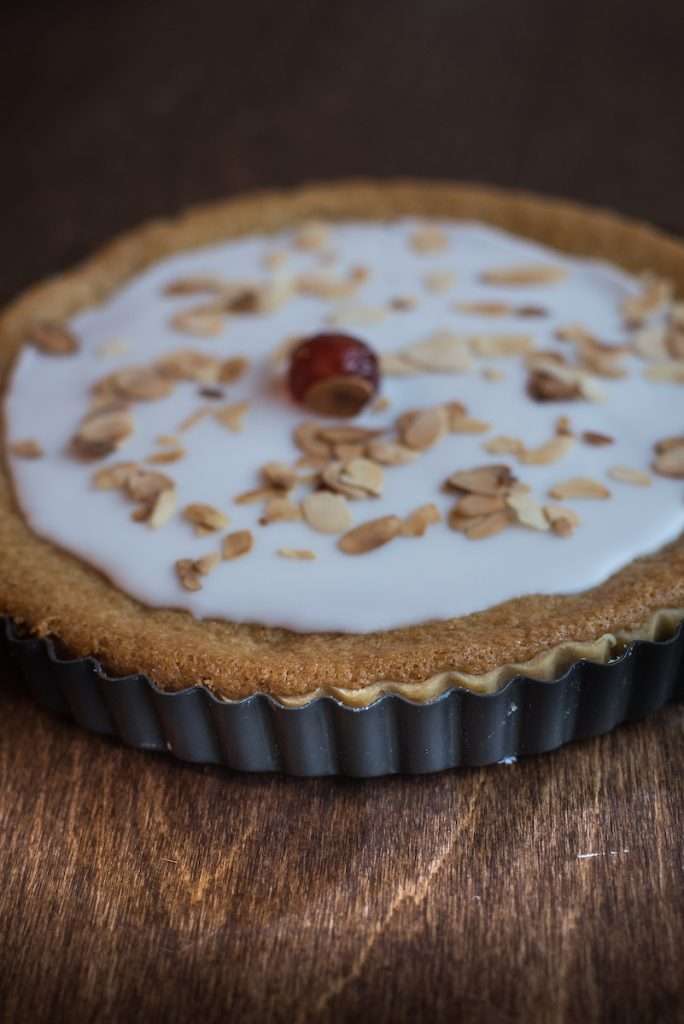 The project raised a total of £3000 for the conservation partners and helped to promote education about changing ecologies and species loss.

He also worked closely with Artwork Atelier, Salford until earlier this year. The venue was home to over 40 studios used by creative makers and businesses to host events, exhibitions and projects.

This venture looked at exploring new ways of working, making and experiencing creativity and is something that Jai is keen to replicate in Burnley.

Jai said: “I have belief in Burnley. It’s full of people who have a lot of heart, a lot of spirit and have a real belief in the town. It’s a hugely entrepreneurial place.

“That said, we also have people coming to visit from Hebden Bridge, Manchester and Leeds, to name just a few places and they always say that they’re pleasantly surprised by the town centre.”

One of the things that drew Jai and his husband to Burnley was the landscape and hills. The connection links were also a big bonus, with easy transport options available to travel to Leeds, London and Manchester.

Property prices are also undeniably cheaper too and Jai says that the local wildlife – such a kingfisher and heron – really adds to the natural beauty of the area.

“I think we need to start talking about what Burnley is now and what it might be in 20 years’ time. There are people doing brilliant things here – we all need to be shouting about that together.” says Jai.

As we spoke, a team member needed Jai’s advice on how to create the perfect icing for the Cherry Bakewell and he told that me it was her [Hannah’s] first day at One Sixty and that she was also an artist. Since opening their doors in March 2018, the cafe has created five new jobs in Burnley.

Voted ‘Best Place to Eat in Lancashire’ by Lancashire Evening Post readers, One Sixty also has a heart of gold. On Christmas Day, it will open the doors to those people of Burnley who have nowhere else to go or no loved ones to spend the festive period with.

It also stock’s local produce, uses eco-friendly packaging and offer people 50 per cent off drinks if they bring in reusable cups while student can enjoy a 20 per cent discount. One Sixty caters for every kind of dietary requirement you can imagine (without charging customers extra for non-diary milk) and holds live music nights with Eli Records. 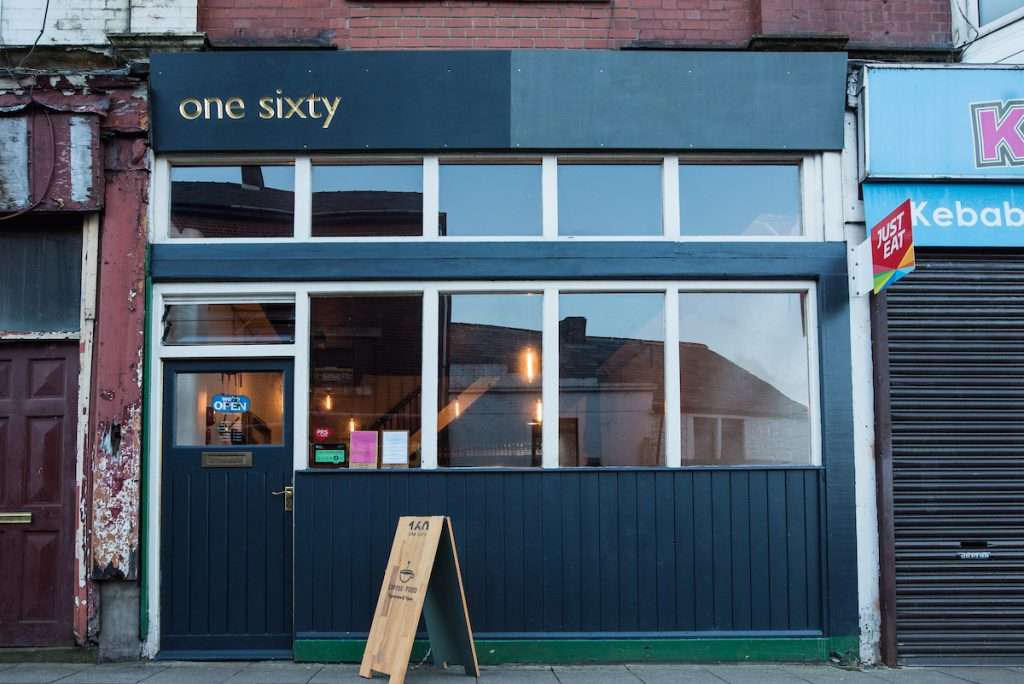